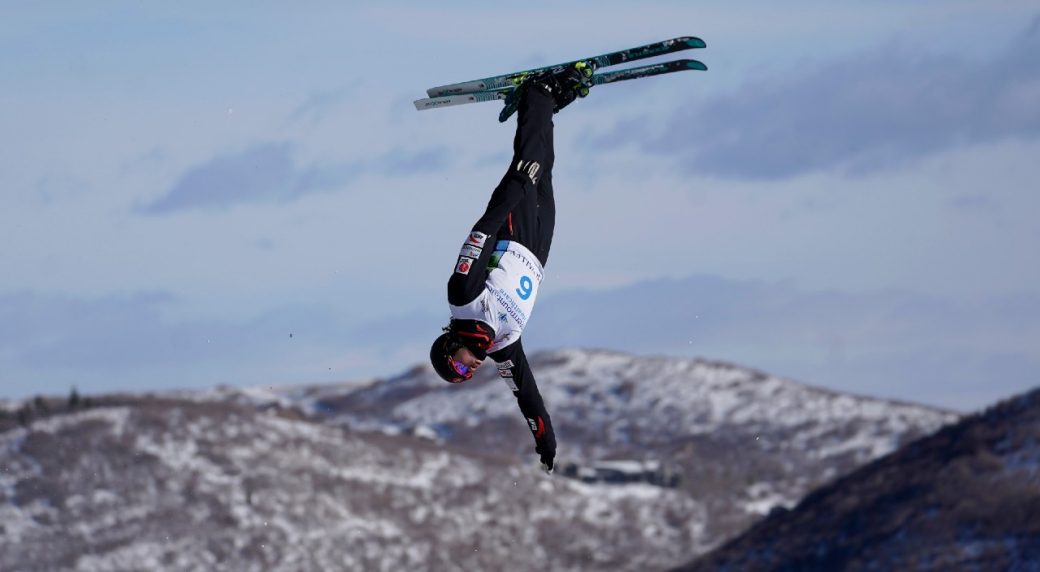 The native of Sherbrooke, Que., scored 89.88 points, ahead of Russian Liubov Nikitina (-3.52) and bronze medalist Zhanbota Aldabergenova (-4.89) of Kazakhstan.

“Honestly, it just feels amazing,” beamed Thénault following the podium ceremony. “I felt so proud and overwhelmed with emotions on the moment. I showed what I was able to do. I am still on a cloud right now.”

Thénault’s only other World Cup podium result came this past January in Moscow, where she picked up a bronze medal.

Canada’s Lewis Irving also scored a bronze medal in the men’s event in Almaty on Saturday.

Each of the athletes in the field took one qualification jump with the top-12 athletes moving onto the finals. After one more jump, the top-six athletes then advance to the super finals. Canada’s Thénault qualified third, landing a near-flawless full-full and a score of 83.79. She gained a berth in the super finals after completing another full-full in the finals where she got a fourth-place score of 83.16.

The rising star on Canada’s World Cup squad concluded third in the overall season standings with 312 points and shared rookie of the year honors with Ukraine’s Dmytro Kotovskyi.

Naomy Boudreau-Guertin was the only other Canadian in the women’s competition and did not advance past the qualification round, placing 13th.

Irving notched the sixth World Cup podium finish of his career, nailing a full double-full full in the super final to finish 8.44 points behind the winner Pirmin Werner (121.72) and silver medallist Nicolas Gygax (-2.26), both of Switzerland.

“I’m really happy with how today went. I was pretty bummed this week after the World Championships, so to bounce back from that and finish off the season with a third place feels amazing,” Irving told Freestyle Canada.

The 2018 Olympian was in complete control of his jumps throughout the competition, qualifying third after scoring 111.31 for a double-full full-full. Irving cleaned the same jump up in the finals to post the second-highest score of 119.91, earning a spot in the super finals with the big six.

“Marion [Thénault] and I had discussed all year finishing on the podium together and we finally got it done,” said Irving. “The season hasn’t been easy, so to end on such a good note is great. I’m looking forward to getting home and getting some well deserved rest.”

Three other Quebec-based athletes suited up in the men’s event. Miha Fontaine’s day came to an end in the second round where he ended eighth. Emile Nadeau also made it to the finals, finishing 12th, while Alexandre Duchaine qualified 14th.

Roger Federer loses to Nikoloz Basilashvili in second match back on tour, then withdraws from Dubai tournament