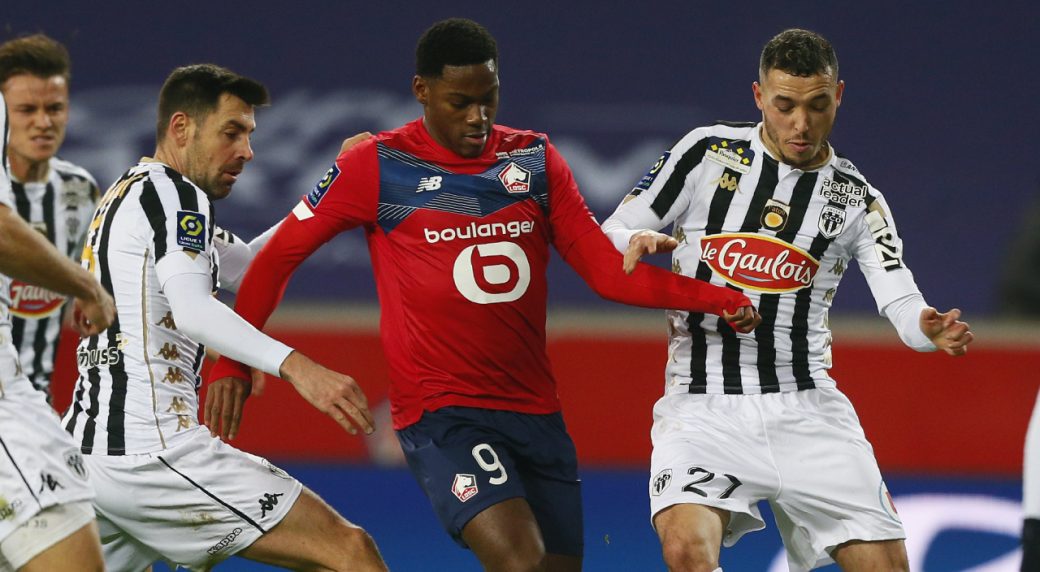 David, from Ottawa, scored in the 90th minute and again two minutes into injury time. The northern side stays two points ahead of defending champion Paris Saint-Germain, which won 1-0 away to Bordeaux.

Christophe Galtier’s Lille extended their unbeaten run to 10 league matches but were frustrated by eighth-placed Marseille at the Stade Pierre-Mauroy for almost 90 minutes.

Marseille goalkeeper Steve Mandanda kept out shots from United States forward Timothy Weah and David in the second half to frustrate Lille.

But the veteran France No. 2 spilled an angled shot from Jonathan Ikone in the 90th and David finished from close range.

Defending champion PSG was missing Kylian Mbappe through suspension and was without the injured Neymar, while striker Moise Kean was ruled out after testing positive for the coronavirus earlier Wednesday.

Winger Pablo Sarabia filled in and scored in the 20th minute when he turned in Idrissa Gueye’s cross from the left.

Bordeaux winger Hatem Ben Arfa should have equalized against his former club when he ran through in the 70th, only to shoot just wide of the left post.

The top three sides all won 1-0, with Lyon edging out Rennes at home to stay one point behind of PSG.

Lyon is now four points clear of fourth-place Monaco after it lost 1-0 at Strasbourg for a first defeat in 13 league games.

There are 10 rounds left. Lille visit Monaco in their next Ligue 1 match in 11 days’ time as they keep their bid for a first major trophy since winning the league and French Cup double in 2011.