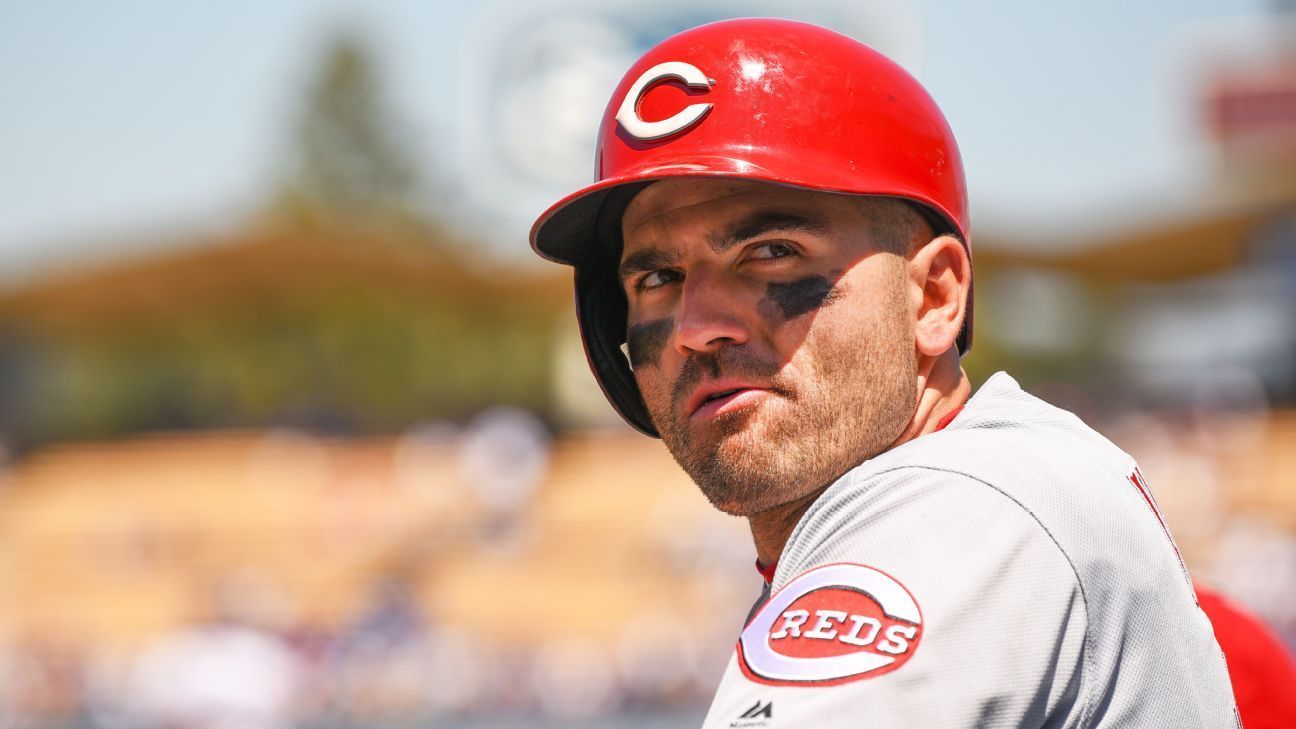 Joey Votto was placed on the injured list without a designation before Sunday’s doubleheader versus the Detroit Tigers.

There are no minimum or maximum number of days a player can spend on the IL when it’s related to COVID-19. Players do not have to test positive to be placed on the IL.  Players fill out a survey each morning asking if they have any symptoms, which range from cough, fever, headache, nasal congestion, runny nose, upset stomach, fatigue and several others. If a player has any symptoms, he is given an expedited diagnostic test and he will provide a saliva sample for a confirmatory test.

The Reds had three players sidelined because they reported symptoms within the past week.

Moustakas and Nick Senzel missed three games, though Senzel was never placed on the IL. Matt Davidson was on the IL for six days after he tested positive on an expedited diagnostic test, but it was apparently a false positive because he tested negative on every test afterward, including an antibody test.

“I applaud Votto for self-reporting symptoms and hope other players see him and follow his smart and cautious lead,” tweeted Dr. Zachary Binney, an epidemiologist at Emory University. “MLB also needs to not overly punish him for it. If he tests negative twice, let him play immediately. Trick is with 48-hour turnarounds for PCR tests he could be out at least 3 days – which is a small price to pay for safety!”

It’s critical for players to self-report symptoms to prevent outbreaks of the novel coronavirus in the clubhouse. Chicago Cubs third baseman Kris Bryant said he thanked Moustakas for reporting his symptoms because “they’re going to be the ones who help us finish the season.” But Moustakas and Senzel required six negative tests and an appeal to return before they missed their fourth straight game. It puts teams at a competitive disadvantage if players report symptoms.

It can be a disincentive for players to tell teams they feel sick if it means they’re sidelined for three or four days despite multiple negative tests.