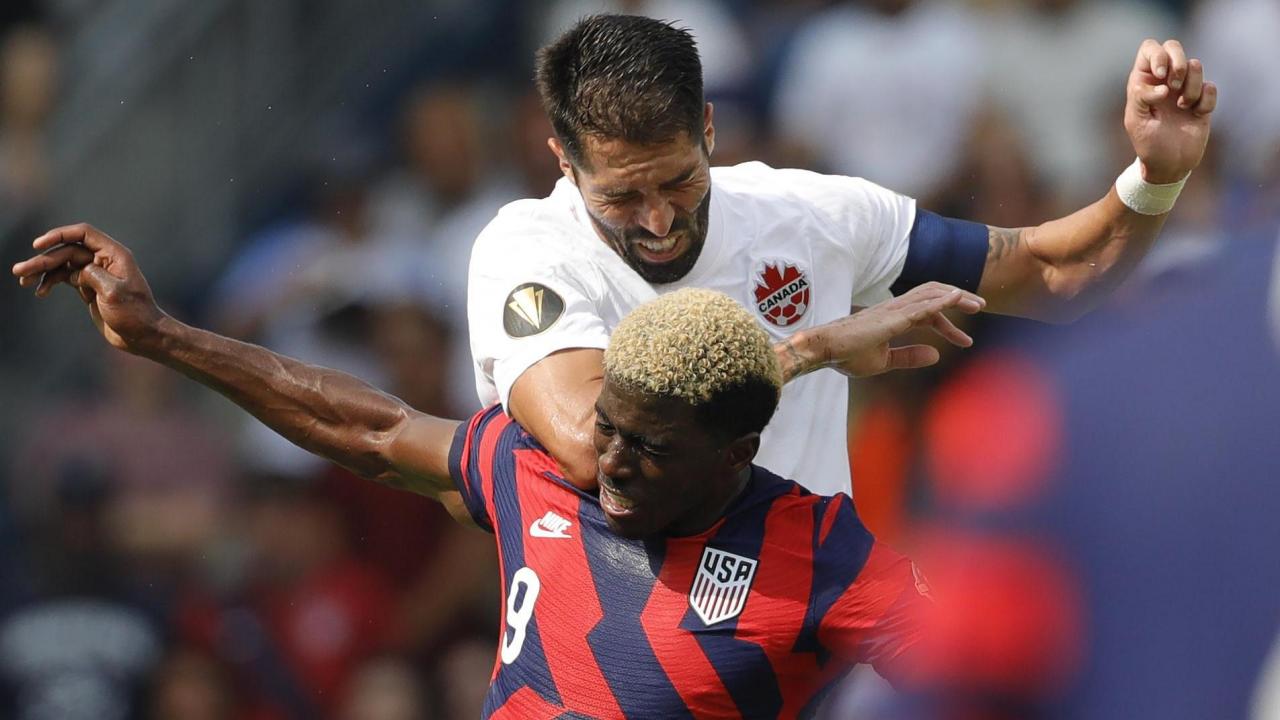 Canada has lost two of its forwards at the Gold Cup, with Toronto FC feeling long-term pain as a result.

TFC forward Ayo Akinola is out for the season after injuring the anterior cruciate ligament in his knee in Canada’s 1-0 loss to the U.S. on Sunday at the CONCACAF championship.

Cyle Larin, injured in the same game, is also out of the tournament but his prognosis is less dire — a soft tissue leg injury that will sideline him for weeks not months.

Akinola exited the match at Children’s Mercy Park in Kansas City in the 24th minute with Larin following him off the pitch in the 53rd.

Akinola, making his first start and second appearance for Canada since switching allegiance from the U.S., could not continue after his knee appeared to twist in a challenge with James Sands.

In a social media post, Akinola said he was “gutted” to be out for the year. But he added that mentally he was “still in a good place and not bothered by it at all.” He thanked everyone for their “heartwarming messages.”

“It’s been one of the lowest moments of my career,” Canada men’s soccer team head coach John Herdman said Tuesday in an interview from Texas. “I’ve experienced one ACL on the women’s side [as Canada coach] but this is the first time on the men’s.

“Until the MRI came through there was still a bit of hope, that it might be OK,” he added. “And then it came through and everyone was just devastated for him. It was a tough day.”

Herdman said doctors erred on the side of caution with Larin, keeping one eye on the September start of the final round of CONCACAF World Cup qualifying.

“When they MRI’d it, they just saw a slight tear in there,” Herdman said. “So usually two to three weeks is what you’re looking at, about 14 days.”

The Gold Cup final, should Canada get there, is Aug. 1.

The 26-year-old Besiktas striker has been on a roll of late, scoring a record 10 goals for Canada this year including five in his last five matches.

Akinola announced his arrival with five goals in three games for Toronto at the MLS is Back Tournament last summer. He missed most of pre-season this year with an unspecified medical ailment but has three goals in 11 league appearances, eight of which have been starts.

“He’s in a good mindset,” said Herdman. “He had a rough ride with some medical issues early this year, which I think helped him understand the mentality it’s going to take to get through this. He’s already setting himself some goals to get back in record time.”

The 21-year-old Akinola is the second young TFC striker to suffer an ACL injury in a year. Rookie Ifunanyachi Achara underwent knee surgery in early July 2020 and has yet to return to action although the club says he is close.