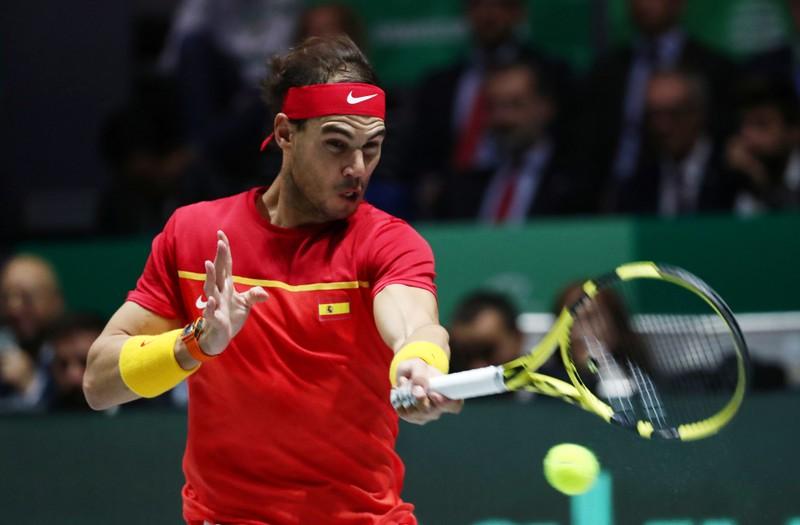 World No. 1 Rafael Nadal defeated Denis Shapovalov 6-3, 7-6 (7) on Sunday to give Spain its sixth Davis Cup title and deny Canada its first.

Shapovalov of Richmond Hill, Ont., fended off a pair of championship points in the second-set tiebreak before Nadal could seal the win.

The No. 15-ranked Shapovalov — Canada’s top singles player — was competing in a must-win match after Montreal’s Felix Auger-Aliassime dropped the opening rubber of the best-of-three to Roberto Bautista Agut.

Nadal was untouchable this week, going 8-0 while facing just three break points throughout the Davis Cup Finals — including one from Shapovalov in the second set. He improved to a staggering 29-1 in singles matches in his Davis Cup career.

The Canadians team was competing in the final at a Davis Cup for the first time. Canada first appeared in the international team tournament in 1913.

“I feel like we’ve really come really far as a team, as a nation,” Shapovalov said. “Definitely we’re super proud. Obviously it sucks, sucks losing in the finals. But I’m super proud of everyone. We’ve put in 120 per cent every single day. It’s amazing how far we’ve been able to come.”

Spain, playing in its 10th final, earned its first title since 2011.

Shapovolav had 27 winners to Nadal’s 24 over the nearly two-hour long match. But the Canadian also made 36 unforced errors to Nadal’s 20.

While the new format – the brainchild of Barcelona footballer Gerard Pique – experienced some teething problems this week, the event drew to a close on a high, partly helped by home success.

There had been empty seats at some ties during the week but at Sunday’s final there was a packed and noisy arena, where Spain’s King Felipe VI was in attendance and singer Shakira – the partner of Pique – performed before the tie started.

Scheduling issues had meant there were some late-night/early-morning finishes but Nadal showed no sign of fatigue as he put in another convincing performance that underlined why he was named most valuable player of the tournament.