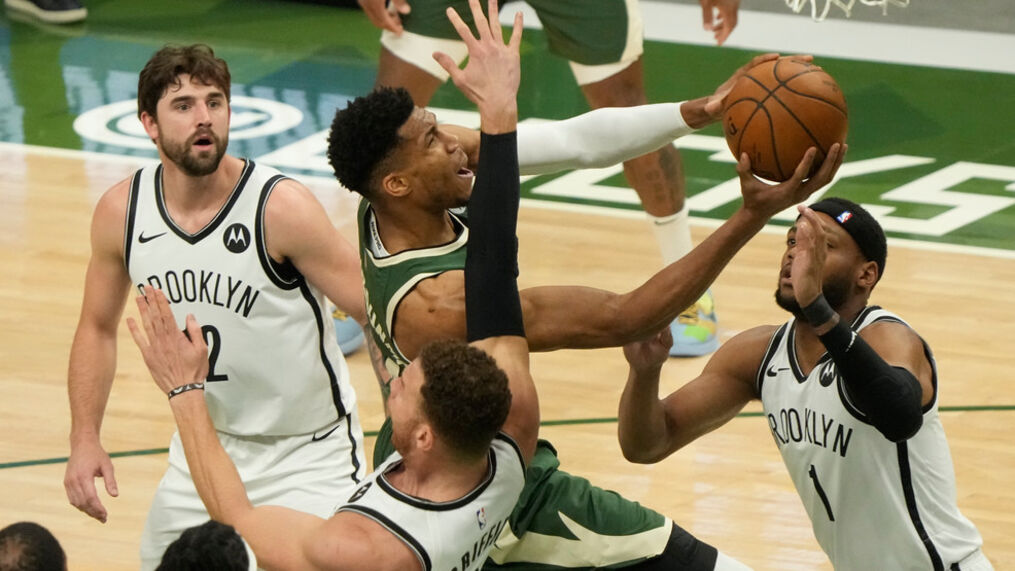 Jrue Holiday made a go-ahead driving layup with 11.4 seconds left and the Milwaukee Bucks edged the Brooklyn Nets 86-83 on Thursday night to pull within 2-1 in the Eastern Conference semifinals.

Kevin Durant’s 3-point attempt to tie bounced off the rim as the horn sounded. He scored the Nets’ last nine points and concluded with 30.

Game 4 of the series is Sunday in Milwaukee.

“We’ve been doing this for eight years and we know what type of game this is and we both came out ready,” Antetokounmpo stated. “We were able to compete and we were able to get our teammates involved, get in our spots and help the team get a win. Hopefully we can do it in Game 4 also.”

The Bucks stayed in this series by relying on their defense as a game featuring the NBA’s two highest-scoring teams from the regular season turned into a 1990s-style defensive slugfest.

Brooklyn was held to its lowest point total of the season.

Milwaukee matched its lowest point total of the season following its 125-86 loss in Game 2.

“It’s interesting that we lose a game because of our offense,” Nets coach Steve Nash said. “It was just a tough game. We couldn’t find a rhythm. The defense was solid.”

The Bucks raced to a 21-point lead but had to come from behind, scoring the final six points after Durant’s 3-pointer made it 83-80 with 1:23 to play.

Holiday scored just nine points and shot 4 of 14 but made the biggest basket of the night.

Brooklyn led 83-82 when Bruce Brown missed a jumper with just over 20 seconds left. Antetokounmpo got the rebound, the Bucks worked the ball upcourt and Holiday drove to the basket to put Milwaukee ahead for good 84-83.

“He’s that kind of guy,” Bucks coach Mike Budenholzer stated. “I think the work he’s doing defensively, he’s putting a lot of work in there. To just take the ball and get to the basket and finish with a scramble defense, we needed that. We needed that one play from him, and he made it.”

After Brown missed his own driving layup attempt with just over 6 seconds left, Middleton got the rebound. Middleton made a pair of free throws with 2.1 seconds left to cap the scoring.

Kyrie Irving scored 22 and Brown had 16 for the Nets.

The Bucks started out intent on turning Game 3 into a complete reversal of Game 2, which they lost 125-86 as the Nets recorded their most lopsided playoff victory in franchise history.

Milwaukee grabbed a 30-9 lead in the first 10 ½ minutes but then got outscored 22-3 during a stretch that lasted nearly 9 ½ minutes as the Nets clawed their way back into the game.

Neither team ever led by more than five points in a second half that had emotions high on both sides.

After P.J. Tucker got called for fouling Durant in the third quarter, Tucker started complaining about the call. That led to Tucker and Durant jawing at each other as they got face to face, with officials calling a double technical on the two players.