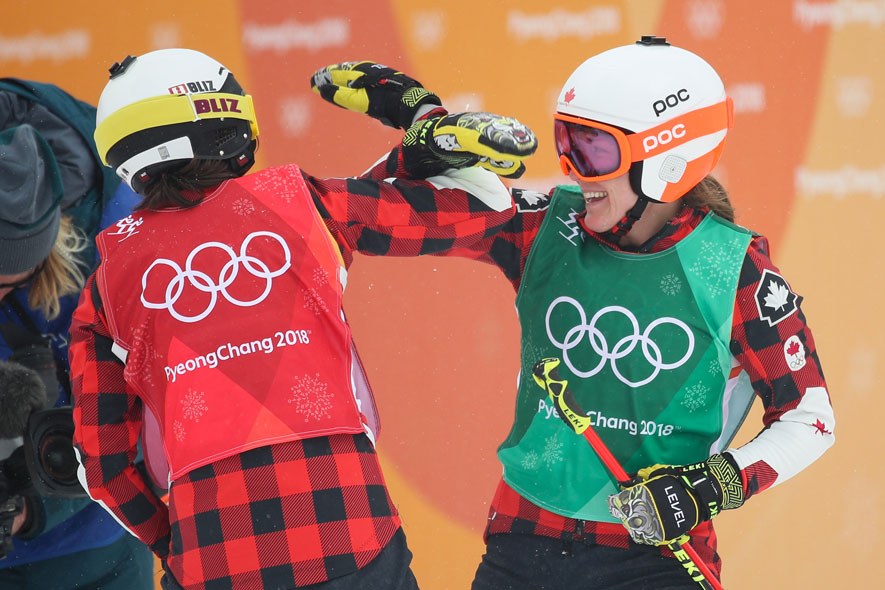 As Britt Phelan prepared for this week’s season-opening ski cross World Cup event in Val Thorens, France, she spoke of her elusive first win and another first since joining the sport four years ago.

“I don’t have my best friend there for me every second of the day, which is challenging,” the Canadian Olympian said of former teammate Kelsey Serwa during a recent visit to Toronto.

Phelan and Serwa first met as young alpine skiers, quickly became best friends and have been inseparable ever since. That is, until this past July when Serwa retired at age 29 with an Olympic gold and silver medal, over 20 World Cup medals, a world title and two X Games victories.

Phelan often sends Serwa video of her training for feedback even though they see each other in Whistler, B.C., regularly speak on the phone and bike together.

“Kelsey was very helpful to me in my transition from skiing,” said Phelan, who finished second to Serwa at the 2018 Olympics in Pyeongchang, South Korea. “She was a genuinely happy person and I was immediately comfortable being around her. Having her support right away was amazing.

“She kind of let me down softly last year when she wasn’t there for the first half of the season. And throughout our [2018 Olympic] journey to Pyeongchang she had a couple of injuries as did I, so we did have that separation.”

Phelan, who was Serwa’s maid of honour at her September wedding, expected one immediate change in her friend’s absence at Val Thorens.

While Serwa let opponents go ahead of her during the first training run at World Cup events as she made note of their tendencies, a nervous Phelan preferred to be first down the course.

Phelan earned a silver medal last January in the big final at Idre Fjäll, Sweden, and the next month captured bronze in the same event at Feldberg, Germany, for her fifth career podium finish.

Ranked fifth in the world entering this season, she believes she has the skill and talent to win.

Maximum Security Goes For It All in the Cigar Mile