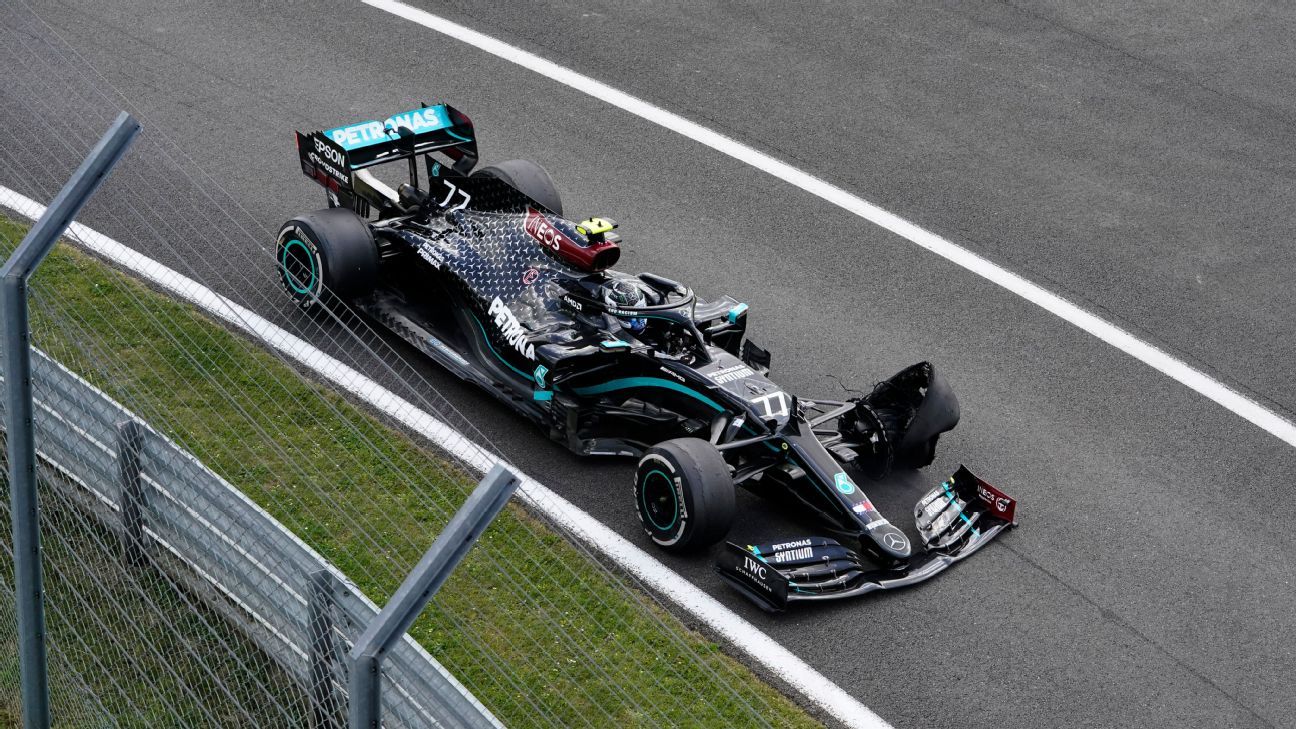 Mercedes boss Toto Wolff considers the double tyre failure it suffered at the British Grand Prix proves why it is wrong to assume his team will walk away with the 2020 championship.

Lewis Hamilton managed to crawl to victory despite sustaining a front-left puncture half-way round the final lap of the Silverstone circuit. Two laps earlier teammate Valtteri Bottas had suffered an identical failure when running in a comfortable one-two behind Hamilton — the Finn was forced to pit and was relegated out of points-scoring positions.

Mercedes’ pace in qualifying and the race leading up to that point only strengthened the idea the team could be invincible this year, but Wolff believes Silverstone proved that is not the case.

“I know that I get lots of criticism when I point out that black swan events happen, that once you think everything is smooth, and you’re just cruising into the sunset, these things can unfold,” Wolff said.

“We could have easily lost two cars today, out of the points, and then the points advantage would have vanished in a second. We would have still had the fastest car at Silverstone, but come home with zero points.

“This is what I’m always pointing out, the championship is not over until it’s mathematically impossible for anybody else to catch us, and the race isn’t over until the flag drops.

“In that respect, yeah, I’m not happy that my predictions come true sometimes for us. But that’s also what I love about motor racing, that it’s just very unpredictable until the end”.

Red Bull said Max Verstappen’s tyres had also been “right on the limit”, with up to 50 cuts detected to his tyre believed to have been caused by debris.

Shortly before the failures, Kimi Raikkonen’s Alfa Romeo had suffered a front wing failure which left debris scattered around the track. Pirelli’s F1 boss Mario Isola believes that may be a factor in how the end of the race played out.

A quick conclusion to the test is essential as F1 is racing again in Silverstone this weekend, at the event titled the 70th Anniversary Grand Prix in honor of the circuit hosting the first world championship F1 race in 1950. Pirelli hopes to have results by Tuesday.