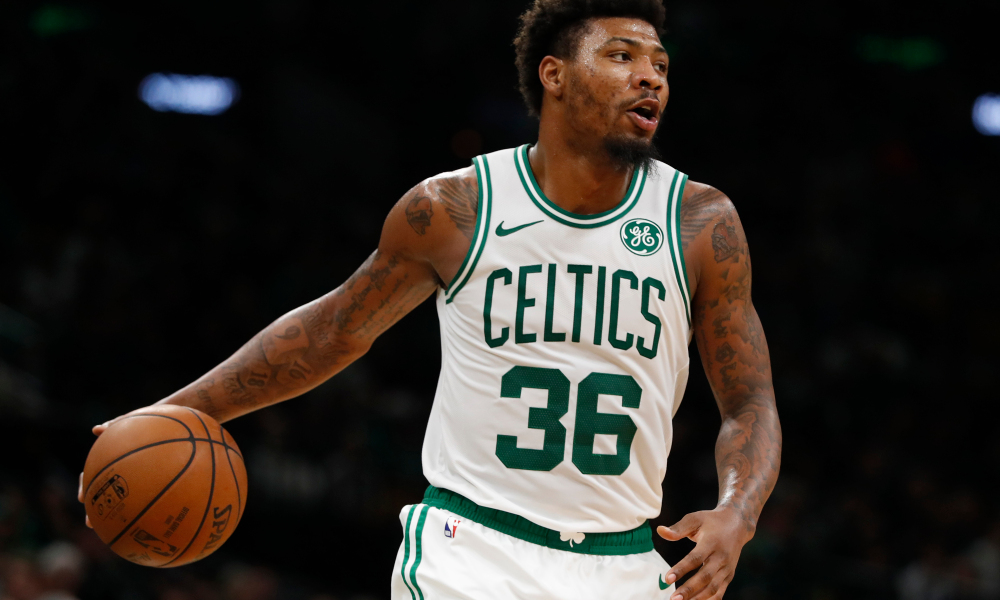 Unfortunately for the Boston Celtics, Marcus Smart’s return to game action still appears to be a few weeks away. Smart, who has been out since late January due to a left calf strain, is anticipated to be out through the All-Star break. The break is set to run from March 5-10.

Though they certainly don’t want to rush him back, Smart’s return can’t come soon enough for the Celtics, who are hovering around .500 on the season and clearly missing the veteran’s production and on-court leadership. On the season, Smart is averaging 13.1 points and 6.1 assists per game — both career highs. He’s also added 2.8 rebounds and 1.8 steals per performance.

While speaking with media members earlier this week, Smart was very optimistic about his rehab, though he made it clear he isn’t going to rush his recovery.

“We are making great strides,” Smart stated, via Boston.com. “I’ve done some things on the court, just trying to test it out. Light basketball activities right now. I can get my shot up. I can run a little bit off of it, about 30-40 percent. But mostly just getting my calf stronger, doing a lot of calf raises and things of that nature.

“I’m feeling good,” Smart added. “Each day getting better. It’s obviously nowhere near where we wanted to be to coming back. We’re just taking it slow. Taking it day by day. There’s no big timeline I can give. My body is definitely healing. We expected it to. but it’s definitely going to take some time.”

Having Smart healthy for postseason play is obviously the most important thing for the Celtics, so it makes sense that neither side is looking to rush him back to action. A re-aggravation of the injury would be bad news. After their game versus the Pelicans on Sunday, the Celtics have six more games before the All-Star break.

They’ll have to try to win as many of those as they can without Smart, and then regroup at the break and look to make a surge in the second half of the campaign.