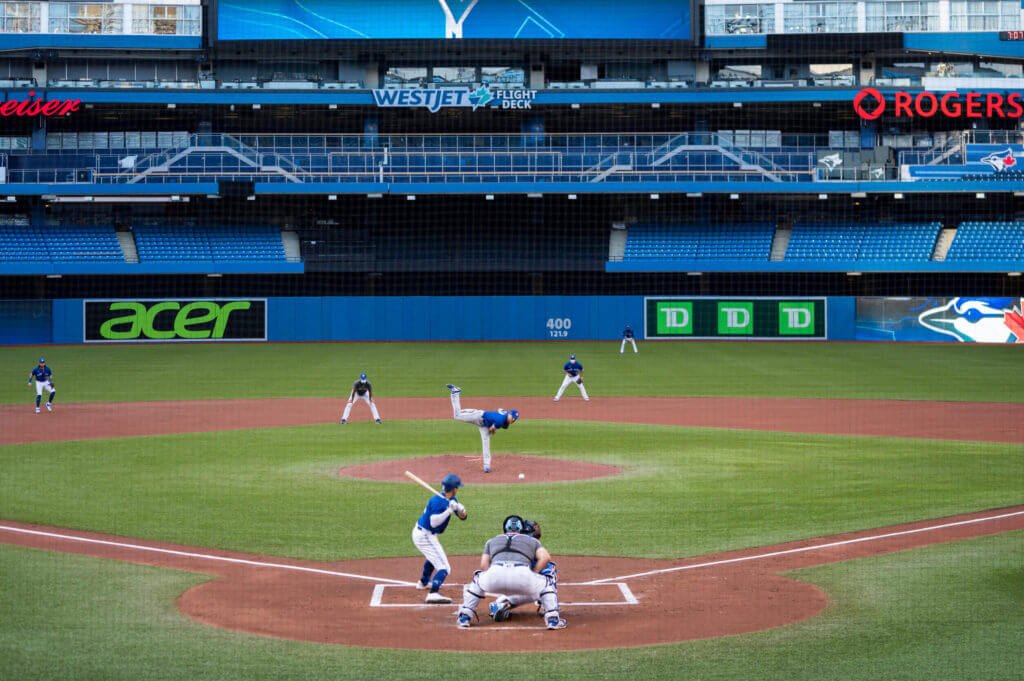 It’s been nearly 22 months since Toronto Blue Jays fans have been able to see Vladimir Guerrero Jr., tear the cover off a fastball down the middle at Rogers Centre.

After nearly two years as baseball nomads, however, the Blue Jays are finally coming home after getting approval to play in Toronto from the federal government on Friday.

The team said in a statement that it will start playing home games at Rogers Centre again starting July 30 after receiving a so-called National Interest Exemption.

The exemption, confirmed by the federal immigration minister’s office, will allow players to cross the border without being subject to Canada’s COVID-19 travel restrictions.

“Following a careful review by public health officials at every level of government, a National Interest Exemption has been approved that will permit the Toronto Blue Jays to return to Toronto and play home games at the Rogers Centre,” Immigration Minister Marco Mendicino said in a statement.

“This decision was made in conjunction with the Public Health Agency of Canada, with the approval of provincial and municipal public health officials.”

Mendicino said the plan includes pre- and post-arrival testing of everyone crossing the border, and additional testing four times a week for unvaccinated individuals.

“It also includes significant limitations on unvaccinated individuals, who will have to undergo a modified quarantine, not be permitted to go anywhere but the hotel and stadium and have no interaction with the general public,” he said.

Toronto is planned to start a three-game homestand versus the Kansas City Royals on July 30. The Jays haven’t played at Rogers Centre since Sept. 29, 2019, an 8-3 win over Tampa Bay.

The team played its home games during the shortened 2020 season in Buffalo, N.Y., and started this season in Dunedin, Fla., before returning to Buffalo.

“First and foremost, the Blue Jays wish to thank Canadians for their unprecedented public health efforts and support for the team. Without you, Blue Jays baseball would not be coming home this summer,” the team’s statement said.

The team added it would reach out to 2021 and 2022 season ticket holders in the coming days, and additional ticket information and health and safety guidelines are coming soon.

The club requires lead time in order to move what it needs from Buffalo and to prepare for Toronto operations, including ticket sales, although the team has already started preparations at Rogers Centre, according to two team officials who spoke the Associated Press on condition of anonymity because they were not authorized to speak publicly.