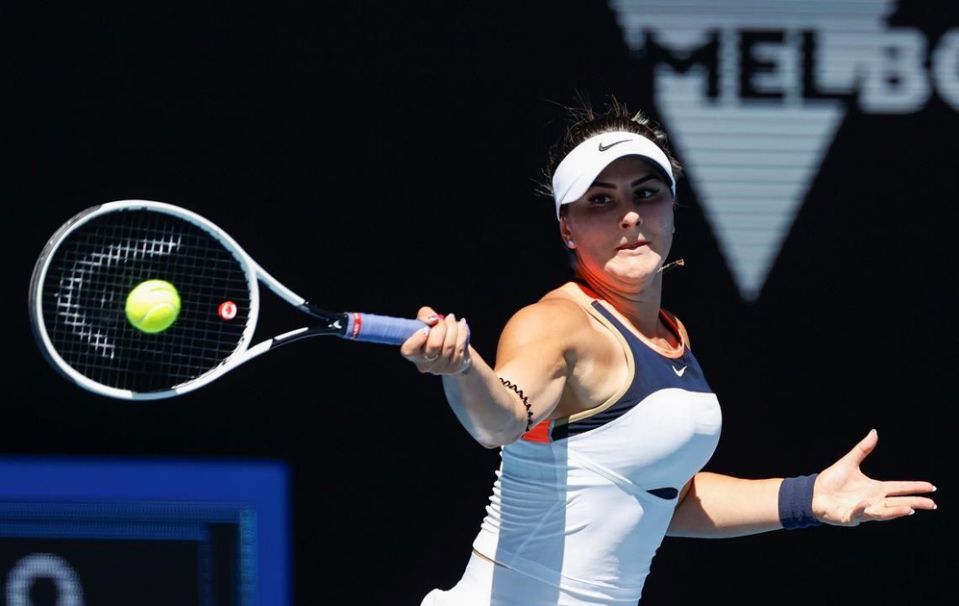 Canada’s Bianca Andreescu made a second-round exit at the Australian Open on Wednesday, dropping a 6-3, 6-2 decision to Taiwan’s Hsieh Su-Wei at Melbourne Park.

The eighth-seeded Canadian struggled from the start versus her 71st-ranked opponent and never really got on track.

Andreescu earned a three-set triumph on Monday in her first competitive match in 15 months. But she was unable to generate any momentum versus the 35-year-old right-hander.

Hsieh was at her crafty best on a hot, sunny morning in front of a smattering of spectators at Rod Laver Arena.

She consistently worked Andreescu around the court, mixing her shots nicely to keep the Canadian off-balance. Hsieh kept control throughout the match, completing the victory in one hour, 23 minutes.

Andreescu displayed flashes of the championship form that she exhibited in her breakout 2019 season.

She relied primarily on her power game but unforced errors — perhaps a sign of rust from so much time away — were her undoing.

The 20-year-old from Mississauga, about 30 kilometers west of Toronto, suffered a torn meniscus in her left knee in October 2019. She focused on training last year rather than returning to the WTA Tour once it resumed after a pause due to the pandemic.

Upon arrival in Australia, Andreescu endured a 14-day hard quarantine in her hotel. She declined to play in a warm-up tournament last week, electing to focus on practice sessions and training.

Andreescu was one of five Canadian singles players in action on Day 3 of the Grand Slam tournament.

Andreescu started the match with a double-fault and was broken in her first game. Shots were sailing on her and Hsieh was more consistent.

Hsieh displayed great retrieval skills and worked the angles nicely. Andreescu was forced to do more legwork and it seemed to affect her rhythm.

Andreescu gave up another break and started to get more aggressive after dropping her fourth straight game.

The Canadian earned a break of her own to get it to 3-5 but Hsieh served things out, converting her third set point when Andreescu shanked a ground stroke. Hsieh has a potent game from the backcourt but couldn’t match Andreescu’s power. She relied on other tools and it was effective.