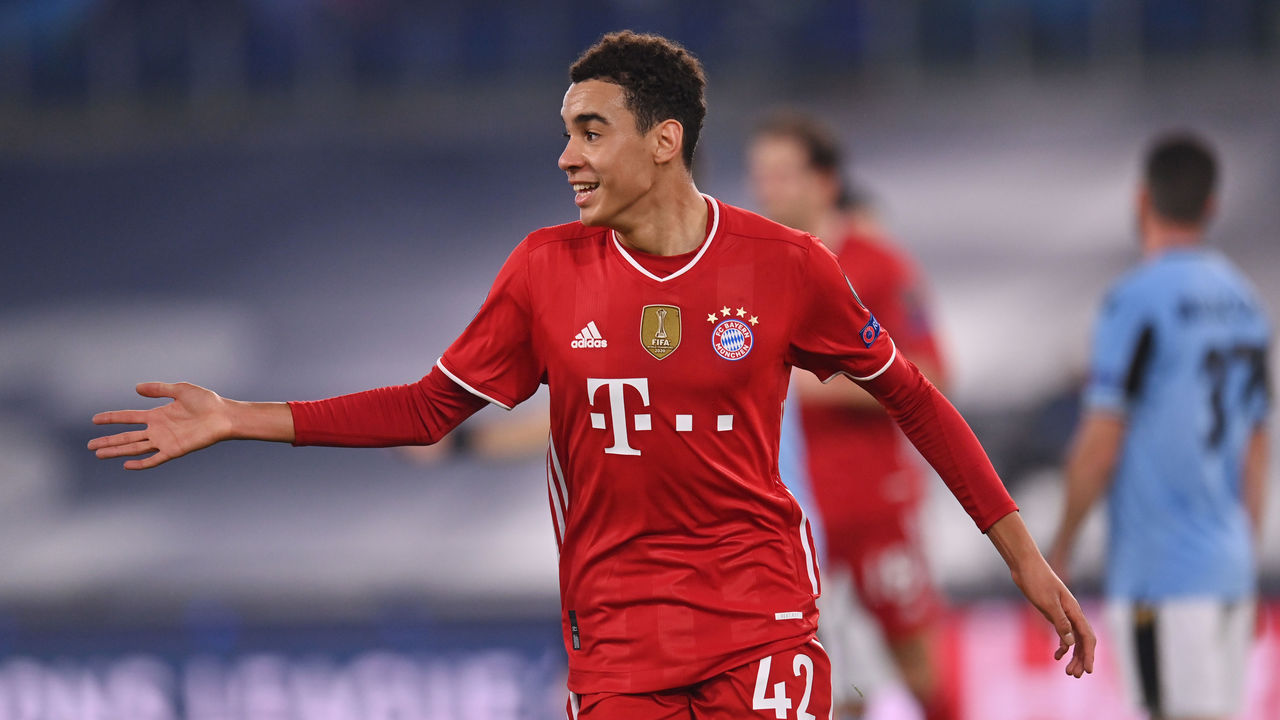 Bayern Munich teenager Jamal Musiala has decided to play for the Germany national team instead of England after a talk with head coach Joachim Low, he stated on Wednesday.

The 17-year-old attacking midfielder became the youngest English scorer in the Champions League when he netted for Bayern in Tuesday’s 4-1 victory over Lazio in Rome. Hours later he announced his decision to play for Germany.

“I have a heart for Germany and a heart for England,” Musiala told Germany’s ARD Television. “I thought about it a lot but at the end I listened to the feeling that it is the right decision to play for Germany.”

The Stuttgart-born Musiala played almost his entire youth career at Chelsea from 2011 before joining Bayern in 2019 and thus was eligible to also play for England.

He has also represented both Germany and England at national youth level but said a chat with coach Low helped swing the decision in Germany’s favor.

“I had a very good an honest discussion with Joachim Low. We met in Munich and he showed me clearly my way to the national team,” Musiala said.

“I was impressed by how well informed they both were. Mr. Low analysed very well my style and my weaknesses. He sees me in the future in my strongest position, that in the attacking midfield,” Musiala added.

Germany have advanced to this year’s European Championship and Low said Musiala would be called up next month for their three World Cup 2022 qualifying matches.

“I see huge potential in him,” Low said. “Obviously we had him in our sights for some time.

“No one can give a guarantee at this stage, that would not be serious. But I think that we will call him up in March especially as the squad will be bigger due to the three international matches.”