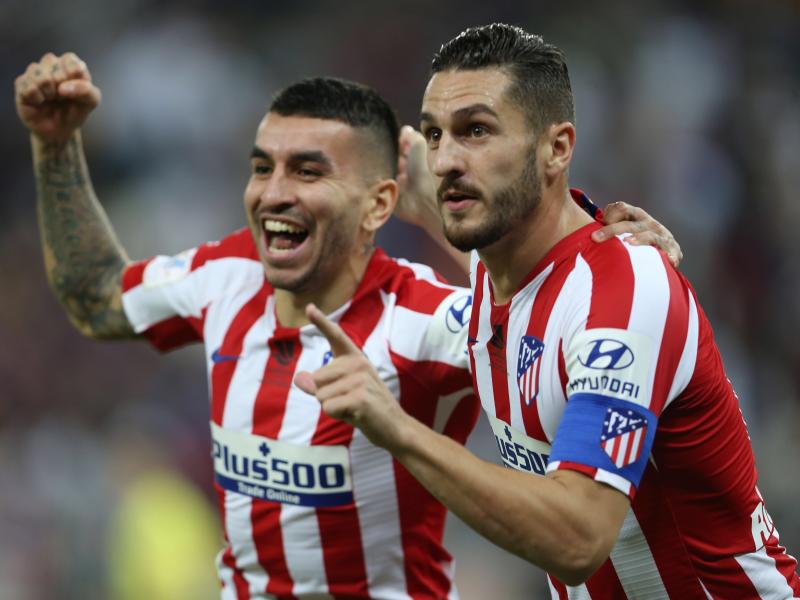 Atletico Madrid beat Barcelona in a thrilling Spanish Super Cup semifinal on Thursday, the Blaugranas defense a second half shambles.

All five goals came in the second half of a 3-2 decision, Atleti earning a spot opposite Real Madrid in Sunday afternoon’s final.

Diego Simeone brought Koke on at half-time for Hector Herrera and seconds after the restart the Spain international had Atleti in front, slotting past Neto in the Barca net from a clever Angel Correa assist.

Barcelona hit right back through Lionel Messi, though, as the team’s talisman bulldozed his way into the Atleti box and lashed home a shot past Jan Oblak to even the score minutes into the second half.

With another lovely goal ruled out after VAR displayed the ball had bounced off the Barca No. 10’s upper arm before he shot.

However, Barca’s next goal counted, as Antoine Griezmann nodded in the rebound after a powerful Suarez header from Jordi Alba’s inch-perfect, whipped in cross fell to him to make it 2-1.

The La Liga leaders had another goal ruled out by VAR later in the second half, this time for a marginal offside on Arturo Vidal when he squared to Gerard Pique for what looked like Barcelona’s third goal of the game.

The wide-open second half raged on and Vitolo, who had only just come off the bench, drew a penalty from Neto for tripping in the area and Alvaro Morata calmly stepped up and sent the Barca keeper the wrong way to get Atleti back on level terms.

Atleti, who hadn’t beaten Barca since 2016, were denied a clear penalty for handball on Pique shortly after their equaliser, but they’d take the lead in the 86th minute when Correa got in behind the Barca defense and defeat Neto to hand his team the victory.

The result sets up a Madrid derby at the King Abdullah Sports City Stadium in Jeddah, with Real and Atleti taking the field in the Supercopa final on Sunday.