Arteta set to be named next Arsenal boss 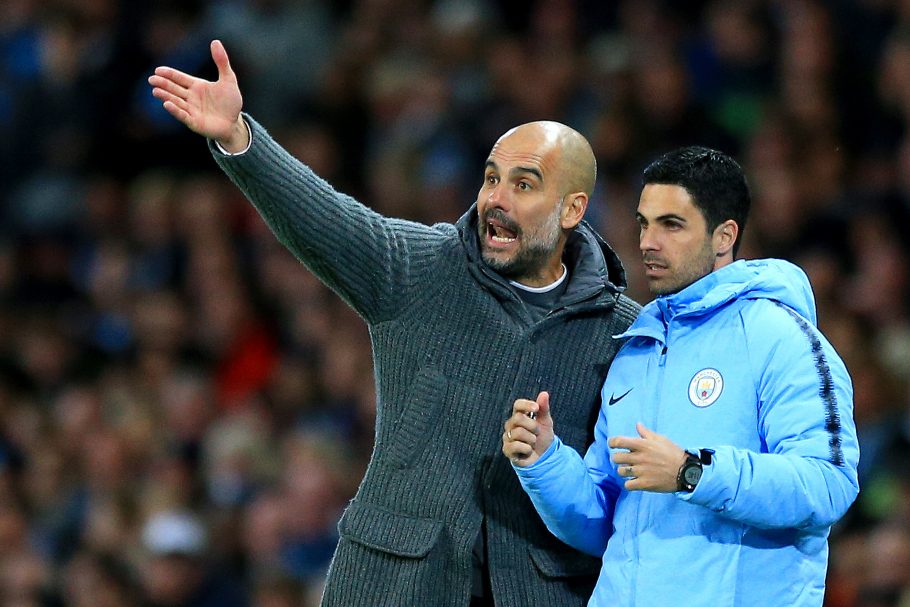 Arsenal’s search for its next manager could be coming to an end soon.

Manchester City assistant Mikel Arteta is set to be named the Gunners’ next manager “in the coming days,” according to ESPN’s Julien Laurens and Rob Dawson.

Arsenal’s managing director Vinai Venkatesham and lawyer Huss Fahmy were seen visiting Arteta at his home on Sunday for a meeting that reportedly lasted more than two hours.

ESPN reports negotiations with Arteta could move quickly. He is scheduled to meet with Josh Kroenke, the son of owner Stan Kroenke, on Monday. City has not received a formal approach for Arteta and was reportedly “bewildered” by the photos of the meeting at his home.

If the Gunners hire Arteta to replace interim manager Freddie Ljungberg, the club would have to pay a compensation fee expected to be seven figures.

Arteta, 37, played at Arsenal from 2011-16 before working as Pep Guardiola’s assistant with City, where he is under contract until 2021.

The Gunners fired manager Unai Emery in November amid its rough season. The club has won just one match in its last 12 in all competitions. Although Arteta lacks managerial experience, he reportedly “believes he can turn things around once in charge.”

The former Barcelona youth player moved on to a coaching role with Manchester City after hanging up his boots in 2016, working alongside manager Pep Guardiola.

Recent results have left Arsenal just seven points above the relegation zone and suggest a decision needs to be made quickly. Ljungberg also called for clarity after Sunday’s 3-0 home Premier League loss to City.

Appointing Arteta would represent a gamble for Arsenal given his lack of managerial experience but would not be a surprise given Manchester United have appointed former striker Ole Gunnar Solskjaer and Chelsea replaced Maurizio Sarri with Frank Lampard.

Christine Sinclair honoured as Canadian soccer player of the decade