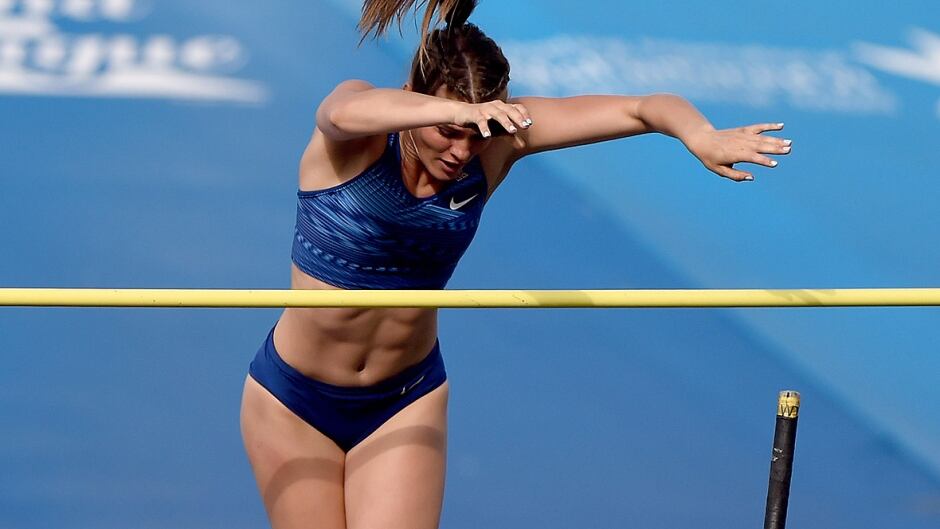 Alysha Newman was back to her old self, laughing, poking fun at her best friends and fellow pole vaulters on a drive to an indoor competition, and no longer doubting her place in the sport.

In her best running shape and technical form, Newman isn’t ruling out the chance of raising her 4.82-metre Canadian record to 4.85 or 4.90 in the coming weeks.

“I’m so much happier [competing]. Last [winter] I was going through some personal things off the track with a relationship that wasn’t well,” said Newman, who will compete Wednesday at a World Indoor Tour meet in Madrid and the All Star Perche event in France on Saturday. “I was able to get that out of my life and move on from the situation, him and that part of my life.”

“Him” is Newman’s ex-boyfriend and former Pittsburgh Steelers linebacker Anthony Chickillo, who was arrested Oct. 20, 2019 on charges he assaulted the 26-year-old native of London, Ont., in a hotel room at Nemacolin Woodlands Resort in Pennsylvania.

Newman later withdrew all domestic dispute-related charges against Chickillo, whom she met several years earlier in the training room while a student-athlete at the University of Miami.

“When you realize no one is pulling you down anymore you become a lot happier, you look forward to things and you’re more appreciative of people in your life that are there to support you,” said Newman of her parents and best friend, Kristy Smith. “Without them, I don’t think I could have [moved on]. Everyone around me is enjoying life and that’s what I needed.”

Seeing Smith happy again and successful in life after working through a similar past relationship gave Newman conviction she could feel the same one day.

Agent Jeff Hartwig, a former pole vaulter and member of the U.S. Olympic teams in 1996 and 2008, was an inspiration for Newman on the track.

“There was some doubt in my mind. Why am I pole vaulting? What is it to me?” the 2016 Olympian remembered during a recent phone interview from France. “To my ex [he thought I was] pole vaulting as a hobby. Now, I walk into an arena and I’m not doubting why I’m there. I realize how much fun it is to run, put up a high bar or make people smile. You realize the little things become big things. “Jeff helped me realize how much we, as pole vaulters, inspire people and want people to go after their dreams.”