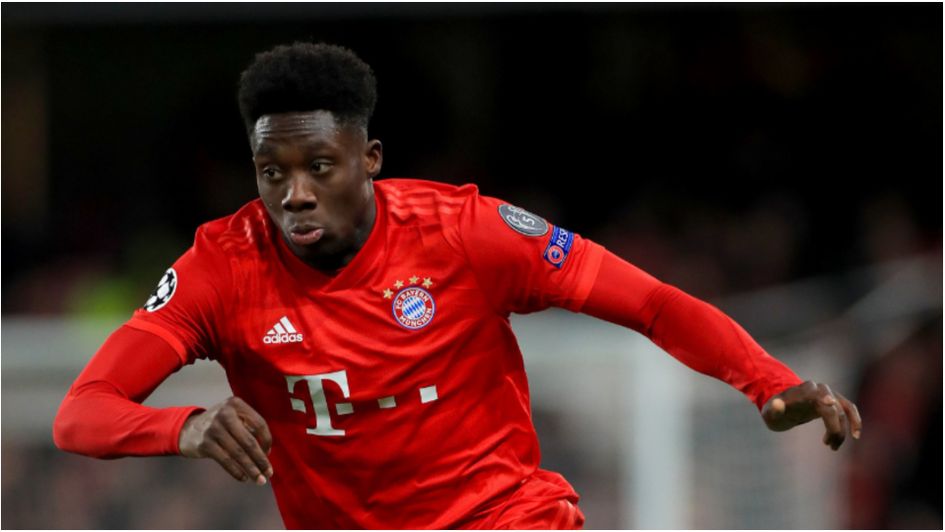 Bayern Munich defender Alphonso Davies has signed a two-year contract extension, keeping him at the Bundesliga club until June 2025.

The Canada international, whose initial deal was set to expire in 2023, has established himself as first-choice left-back this campaign and has been rewarded for his consistent performances.

The 19-year-old is the third member of the Bayern team to extend their stay during the coronavirus lockdown, after Hansi Flick was made official head coach and forward Thomas Müller agreed a deal until the summer of 2023.

Davies, who was pictured wearing a mask as he signed his new contract, told the club’s official website: “I am very happy. FC Bayern is one of the best clubs in the world, and for me it’s a dream come true to play here. I felt happy from day one. I want to win as many titles as possible with this club. The mentality of always wanting to win everything is in FC Bayern’s DNA.”

He has made 31 appearances for the Bavarian side this campaign, scoring one goal and claiming eight assists before football was halted by the pandemic.

Bayern’s chief executive, Karl-Heinz Rummenigge, stated: “Alphonso has developed very well at FC Bayern and has earned this contract extension with his impressive performances. We are happy that he will remain with FC Bayern in the long term. He delights our fans not only with the way he plays, but also with the way he is off the pitch.”

Davies told ESPN that Bayern are capable of winning the Champions League once football restarts after the coronavirus pandemic.

The Canada international is the latest player to extend his stay at the club after Thomas Muller signed a new deal with Bayern until 2023.