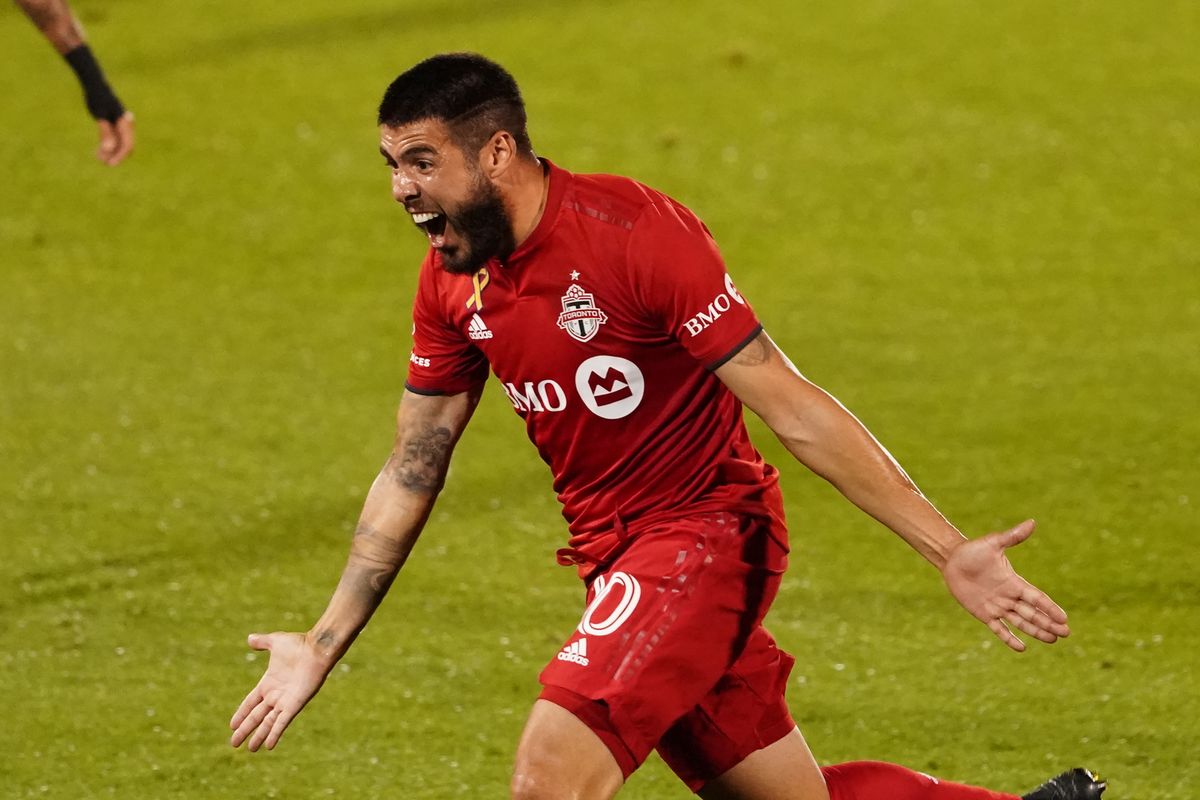 Pozuelo had nine goals and 10 assists during the coronavirus-shortened regular campaign, even while the Reds played part of the year in Connecticut because of travel restrictions in Canada.

“I’m very proud because this means a lot and maybe tomorrow or the day after tomorrow, when I start seeing more news, I will believe that I’ve won this award,” he said. “But I’m very proud to represent Toronto. And I know it’s easy to say that I won the award, but it’s something that takes a lot of work to get here.”

Pozuelo’s 10 assists were tied for the league lead with Houston’s Darwin Quintero and Seattle’s Nicolas Lodeiro. He had four goals and two assists during September, earning league Player of the Month honors.

Pozuelo is the second Toronto player to gain the MVP award, following Sebastian Giovinco in 2015.

The 29-year-old from Sevilla, Spain, has been with the Reds for the past two seasons. He finished with 12 goals and 12 assists last year, including two goals and an assist in his MLS debut.

“Poz had a great season, and we are very happy that he is receiving this award,” Toronto general manager Ali Curtis said in a statement. “We also believe that while the MVP is given to one, it is an award that is reflective of the group. This year was challenging in so many ways, but Poz is a competitor, he’s passionate about the game, and he is more than deserving of this award.”

Pozuelo finished with 35.35% of the overall vote for the Landon Donovan MLS MVP award. Golden Boot winner Diego Rossi of LAFC was runner-up and Lodeiro finished third in the poll of players, technical staffs and select members of the media.

In a conference call with reporters, Pozuelo said he feels he’ll only get better.

“I believe in myself, I know I can play good, and I try to do that,” he said. “But I feel like I played three, four, five years at a very good level and next year I’ll try to do the same.

Toronto finished the regular season 13-5-5 and second in the Eastern Conference standings. The Reds were eliminated from the playoffs in the first round by upstart Nashville.

Toronto coach Greg Vanney informed last week that he is stepping down and the Reds have started the search for a new coach. Pozuelo credited Vanney for guiding him over the past two seasons.