WSOP On ESPN Kicks Off in Two Weeks 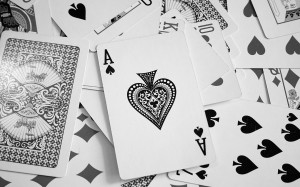 Check Regal Poker for Latest Poker News, poker strategy tips and more.
(pokernews.com)- It’s almost time for the 2015 World Series of Poker to hit television screens everywhere on ESPN. This year, the coverage contains more than 18 hours of taped Main Event footage and a new three-day format for the live November Nine.
The competition for ratings will be stiff though, as much of the poker programming will go head-to-head with primetime football games on Sunday and Monday nights.
Things kick off on ESPN with a little appetizer on Tuesday, Aug. 18 with the airing of the WSOP National Championship, which took place just days ago at Harrah’s in Cherokee, N.C. Viewers can watch Loni Harwood triumph over a final table that included Daniel Negreanu and all-time WSOP Circuit ring leader Alex Masek across a pair of one-hour episodes on ESPN2 starting at 9 p.m.
At Regal Poker you will find the best articles about how to play poker, visit us and check out our promotions we offer you the best online poker games.
Then, after about a one-month break, WSOP Main Event coverage begins on Monday, Sept. 14 and continues for three consecutive Mondays through Sept. 28. Each night, two one-hour episodes will air starting at 8 p.m. on ESPN2. Coverage will then shift to ESPN on Sunday, Oct. 4 with expanded two-and-a-half hour episodes — one per night starting at 8:30 p.m. — for five weeks until the November Nine airs starting on Sunday Nov. 8, with Negreanu sure to play a starring role once again after a deep Main Event run.
In the old November Nine TV format, the first day typically ran until three players remained, with those players determining a champion the following day. This time, ESPN has opted for three days of live coverage, with the first day playing down to four players. The following day will see just two eliminations, and the heads-up contestants will have the final day’s spotlight to themselves on Nov. 10. Length of the final three broadcasts will be dictated by the pace of final table play.
As has been customary since ESPN embraced a televised WSOP, Norman Chad and Lon McEachernwill call the action.
Of course, a schedule centered around fall Sundays and Mondays means the poker coverage is going head-to-head with some of TV’s heaviest hitters, such as primetime football games and network wrestling coverage. Those are long-time favorites of the young male demographic that gave the initial televised poker push much of its legs, so it remains to be seen how ratings will be affected
Don’t miss our special articles about Texas Hold’em and blackjack, become the best player that you can be! Get all the latest PokerNews updates on your social media outlets. Follow us on Twitter and find us on both Facebook and Google+!

Tips For Playing Out Of The Blinds