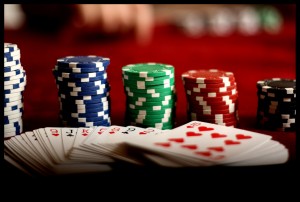 Check Regal Poker for Latest Poker News, tips and more.
Day 3 of the World Poker Tour stop at the Borgata Poker Open in Atlantic City, NJ, is in the books and one man is running away with it all. Longtime California poker professional Jean “Prince” Gaspard will start today’s action with a huge lead over the other 30 players who are still vying for the title. On Wednesday, 150 players returned for Day 3 action, during which time the money bubble burst and players began laying claim to the $3,924,426 prize pool.
150 players came back on Wednesday for action, but a fifth of that number wouldn’t be happy with the return. With 120 players receiving a payout from the $3.9 million prize pool, 30 players would depart the Borgata with nothing but a memory of playing in aWPT event. Blake Bohn was at the helm of the ship as it set course for its Day 3 play, with such notables as Ray Quartomy, Justin Zaki, Darren Elias and defending WPT Player of the Year Mukul Pahuja in pursuit of him.
By the end of the night, Jean “Prince” Gaspard found himself in the best position to make a run at the $843,744 first-place prize by holding a huge chip lead of 5.464 million, which was nearly twice as much as his next closest competitor, Blake Bohn, who sits with 2.951 million. Rounding out the top five chip counts are Zo Karim (2.28 million), Nicholas Gerrity (1.906 million), and Darren Elias (1.77 million).
Regal Poker is the best online poker game website, visit us and check out our promotions we offer you the best online poker bonus.
Pahuja took an early hit that saw his position on the leaderboard drop. Calling an all-in from Steven Tabb with an A-Q, Pahuja was racing against Tabb’s pocket sevens and failed to find anything to connect with on a King high board. As this was occurring, New Jersey’s Cliff Josephy found his way to the exits after calling for his stack (with Q-10 off suit) against defending Borgata Poker Open champion Anthony Zinno’s pocket kings.
As Level 18 began, there were 133 players remaining and the threat of the money bubble loomed. It would pop in a hand between Tom Dobrilovic and Scot Masters, with Dobrilovic getting his chips in on a 7-3-2 rainbow flop with an 8-7. Masters had that covered, however, as he unveiled a pocket pair of Jacks, which would survive the turn and river to knock off Dobrilovic in 121st place ($0) and send the field into the money.
Following the popping of the money bubble, an odd occurrence took place. Chip leader Bohn stepped away from the felt and was tended to by the Borgata’s medical team. Although quite coherent while talking with the docs, Bohn was taken from the tournament floor in a wheelchair. He would return a few minutes later and explained on Twitter, “I am fine. Just needed some food. Started sweating,” but the scare was quite apparent.
Pahuja never recovered after the double up of Tabb, instead watching his chip stack slowly slip away.
Pahuja would have plenty of notable company that would join him on the rail as the day wore on. Eddy Sabat, Zinno, WPT commentator Mike Sexton and 2005 World Series of Poker Championship Event runner-up Steve Dannenmann would be among those who saw their tournament end on Wednesday. It was Gaspard, however, who would surge to the lead.

Gaspard dispatched defending World Champion (at least for a few more weeks) Ryan Riess in 39th place despite Riess getting it in with the best hand. Gaspard’s K-Q was fortunate to hit the Q-J-9 flop over Riess’ A-J and, despite having two runs at finding an Ace or another Jack to better his holdings, Riess instead saw Gaspard hit a King to make Kings up. Sending Riess home in 39th place, Gaspard continued to cruise through to the end of the day and would build a monumental chip stack for Thursday’s play.
1.  Jean ‘Prince’ Gaspard, 5.646 million
2.  Blake Bohn, 2.951 million
3.  Zo Karim, 2.28 million
4.  Nicholas Gerrity, 1.906 million
5.  Darren Elias, 1.77 million
6.  Kane Kalas, 1.679 million
7.  Ray Quartomy, 1.665 million
8.  Richard Munro, 1.632 million
9.  Ory Hen, 1.491 million
10. Riley Fuller, 1.442 million
Among those still in the hunt for the WPT Borgata Poker Open championship are WPT champions Cornell Cimpan andBobby Oboodi, Erik Cajelais, Matt Glantz and 2009 WSOP Europe Championship Event victor Barry Shulman.
The plan for Thursday is for the final 31 players to play down to the six-handed WPT final table.
Get all the latest PokerNews updates on your social media outlets. Follow us on Twitter and find us on both Facebook and Google+!