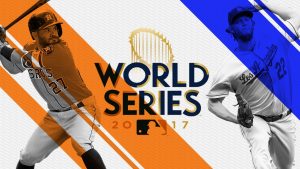 One of the most intensely and evenly contested World Series ever will be decided on Wednesday night. The Los Angeles Dodgers forced a decisive seventh game in the 2017 World Series by rallying for a 3-1 victory over theHouston Astros on Tuesday night in front of a packed house at Dodger Stadium.
“I’ve never been part of a Game 7,” said the Los Angeles manager, Dave Roberts, who played with the Boston Red Sox when they swept the St Louis Cardinals in four games during the 2004 World Series. “When you’re a young kid, you’re trying to play through all the heroes and heroics about a Game 7 in the World Series, and here we are.”
Check BetRegal.com and find the best online betting site.
With the series tied at three games apiece, right-hander Yu Darvish will take the mound for the Dodgers, while Houston will counter with Lance McCullers, who was seen throwing on the field minutes after Game 6 came to an end.
Five of the six games so far have been won by two runs or fewer, with two games going into extra innings. “This series was destined to go seven (GAMES) pretty much the whole time,” McCullers said. “We’re the two best teams in baseball, and I think that has been solidified by how amazing this series has been. No one is going to back down, which is what I think makes this series so great.”
Houston first baseman Yuli Gurriel received intense boos before every pitch of each plate appearance. Gurriel received a five-game suspension for next season after mocking Darvish’s Japanese ancestry during Game 3.
Get all the latest Betting and Sport News updates on your social media outlets. Find us on both Facebook and Google+
No doubt fans from both sides will tune in as the two teams eye a victory to take it all. This is a big win for Fox as well. Last year’s World Series between the Chicago Cubs and the Cleveland, which also went to Game 7, garnered strong ratings for the network. The strong ratings may repeat this year for Fox considering the down-to-the-wire intensity both teams have been displaying during the course of the series.

Deshaun Watson out for the rest of the season