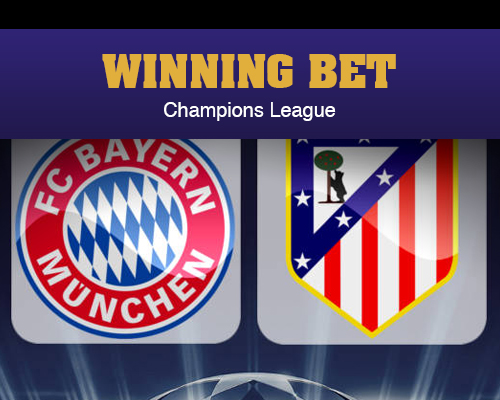 UEFA Champions league is back this week, Bayer Leverkusen will be out for revenge after the Spanish side knocked them out of the competition two years ago. Following an undefeated run in the group stage they may be in luck.
Indeed Leverkusen fans will need no reminder of what the Spanish side are capable of as both sides met at this exact stage two years ago, with Atletico going through on penalties after each claimed a 1-0 in front of their own fans.
This year they come from a very different background, for this stage they finished as runners-up behind Monaco in Group E, but there was very little in it at the end, and the hosts can take plenty of credit from the way they handled their business during the group stage. They remained unbeaten in six starts, but finished up with a record reading two wins and four draws.
They’re struggling in the Bundesliga, as they currently find themselves down in eighth-place with an uninspiring record of nine wins, nine defeats and three draws however they have enjoyed better fortune in the Champions League.
Leverkusen were one of only six teams to emerge from the group stages unbeaten. Really they should have won the group and could now be facing somewhat easier opposition. Leverkusen defeated both Monaco and Spurs, but could only draw twice with the group whipping boys CSKA Moscow.
Same as their opponents in the Champions League, Atletico are faring better in Europe than they are domestically.
Atletico were sensational winners of Group D, beating Bayern Munich into second by three points. Yet in La Liga, Diego Simeone’s team have been unable to mount their now normal title challenge. Currently fourth, Atletico are seven points behind Real Madrid, but their local rivals have two games in hand. Get all the latest Sports Betting updates on your social media outlets. Find us on Facebook!
Realistically, Atletico’s challenge is to usurp Sevilla to finish third, while fending off the threat from Champions League qualification challengers Real Sociedad and Villarreal. Having recently been knocked out of the Copa del Rey by Barcelona, the Champions League is Atletico’s only shot at real glory.
There’s no doubt the market sees this one as an away win, the betting comes down in support of Atletico Madrid to win and those looking to support that theory with their hard-earned cash will find great betting lines at Betregal.com
All the previous four meetings between these sides have been low-scoring affairs, and under 2.5 in the total goals market is 8/15 when shopping online.
A good line on Madrid can be included in multiples, alongside a few other similar selections, but if you are looking to shoot for the stars and have something a bit bigger, you should probably take a chance on the 1-0 home win at 15/2, again seen online earlier in the week That would have been a winning bet when the pair last met at this venue, and is the next best prediction for a winning bet on the Champions League. Sign up now at Betregal.com.