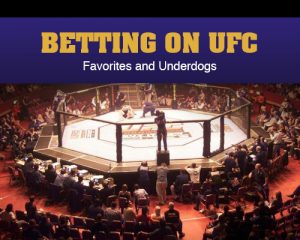 A very interesting football match between two great clubs is going to be held on 20th may at Estadio El Molinón when Sporting Gijon receives Real Betis.
They will to try show us their best features, combinations, tactics to win this match and with what they have already shown you can win some cash, making your betting predictions.
Sporting Gijon won last La Liga Santander 1:0 Eibar away and they are currently in 18th place on the table
Real Betis draw last La Liga Santander match 1:1 Atl. Madrid at home and their table position is 15 place (38 Point)
Sporting Gijon comes as the favorite team for this one but Real Betis will try to show us their best game and take minimum one point or win
Why would you pick Sporting Gijon?
They come into this game having secured back-to-back victories for the first time this season. However any joy from their win at Eibar last weekend was quickly eradicated when they realised other results had gone against them resulting in their relegation from the top flight. That leaves this fixture virtually meaningless but judging by games at El Molinon this term, it could still be worth a watch with several goals likely.
A huge 67% of Sporting home games this term have produced over 2.5 goals with the majority going in at the wrong end. They’ve kept just one home clean sheet all season in La Liga, conceding 2 goals per game on average at home. They have managed 1.33 per home game themselves though so they do have one or two players that can cause a problem or two and the Asturias side has netted at least once in all of their last seven league matches.
They should have some joy against a Betis side that has let in 11 goals in their last 4 matches. However Betis did put in a much improved showing last weekend in drawing 1-1 against Atleti under the guide of caretaker boss Alexis Trujillo, who has stepped in for the sacked Victor Sanchez. Betis have also had a poor season and they’ve looked very weak at the back at times particularly away. They’ve conceded 2.11 goals per game on their travels in La Liga this term with 61% of those matches producing over 2.5 goals.
Goalkeeper Antonio Adan misses out due to suspension for the away side after picking up his fifth booking of the season against Atletico Madrid.
Dani Gimenez will deputise, with manager-less Betis likely to go with a 4-3-3 system for successive games.
Get all the latest Sports Betting updates on your social media outlets. Find us on Facebook!
Jonas Martin and Petros will feature in midfield, as Ruben Pardo has been struggling for fitness, with Bruno preferred to both Alin Tosca and Aissa Mandi at centre-back.
Therefore the stats do seem to point towards this being a relatively high scoring game and with nothing really at stake, both coaches have a bit more freedom to be positive and look for a final day win to lift some of the gloom surrounding their clubs. Sporting home games average 3.33 goals per game in La Liga this term, while Betis away games average 3.06 so backing Over 2.5 Goals at 7/10 looks pretty good here. Sign up at BetRegal.com to win big with this La Liga match.