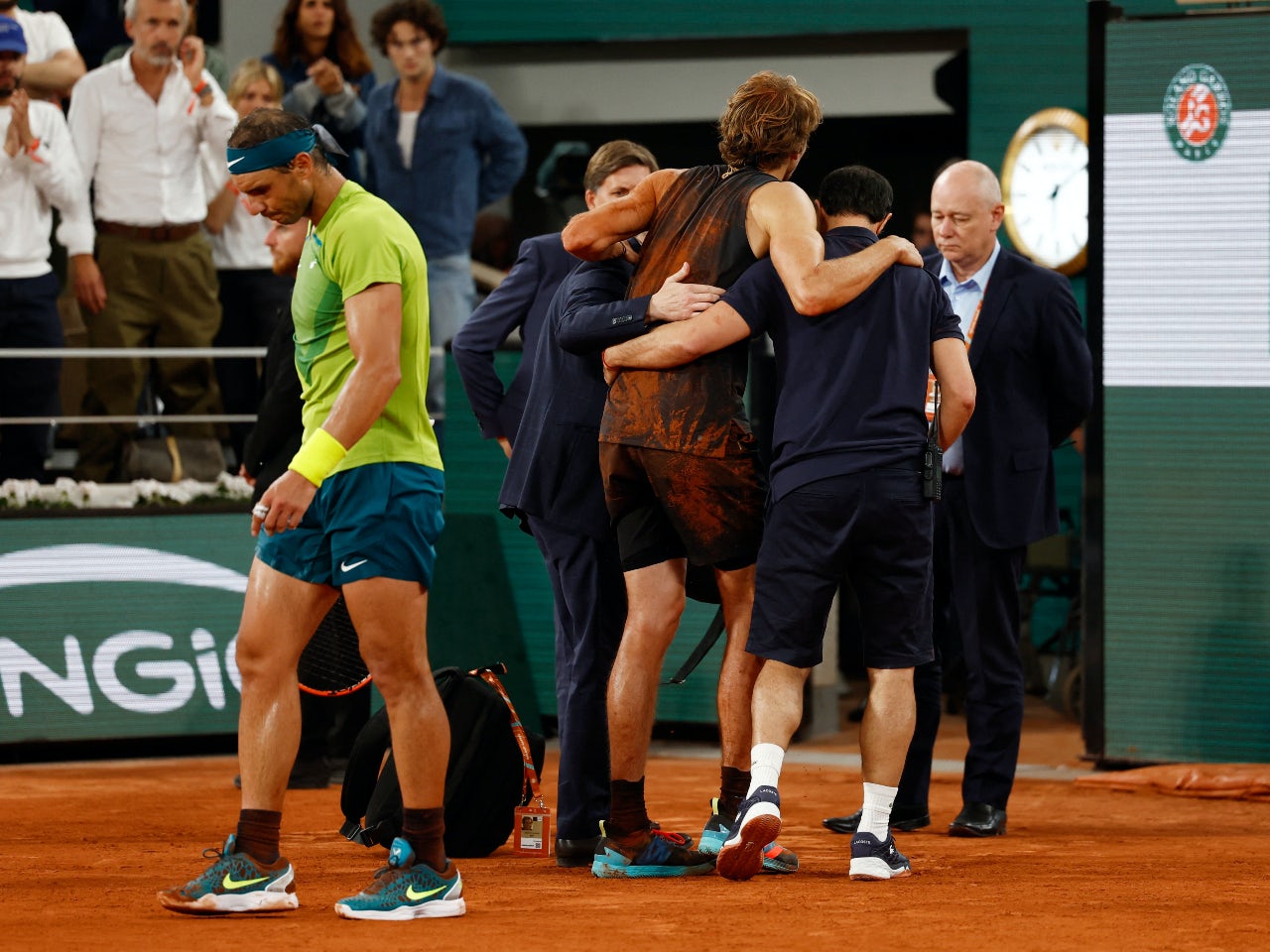 Alexander Zverev, the No. 3-ranked men’s tennis player in the world, underwent surgery on torn ligaments in his right ankle Tuesday after he was forced to retire from his French Open semifinal match last week.

Zverev was trailing Rafael Nadal in Paris when he rolled the ankle. The 25-year-old was battling for his first Grand Slam title and would have taken over at No. 1 in the world rankings had he achieved the Grand Slam tournament.

“Next week, I’ll reach a career-high ranking of No. 2 in the world, but this morning I had to undergo surgery,” Zverev wrote in an Instagram post from a hospital.

“After further examination in Germany, we received confirmation that all three of the lateral ligaments in my right ankle were torn. To return to competition as quickly as possible, to ensure all the ligaments heal properly, and to reclaim full stability in my ankle, surgery was the best choice. My rehab starts now and I’ll do everything to come back stronger than ever!”

Nadal sent his best wishes to Zverev on Friday

“Only thing that I can say is I hope he’s not too bad. Hopefully it’s just the normal thing when you turn your ankle, and hopefully [nothing is broken]. That’s what everybody hopes, and I was with Sascha, [it] looks that they need to keep checking.

“I think he started the match playing amazing. I know how much [this] means to him, fight to win his first Grand Slam.

“We are colleagues, we have been practicing together a lot of times. And see a colleague on the tour like this, even if for me it’s a dream be in the final of Roland Garros, of course that way is not the way that we want it to be. Feels very sorry for, if you are human, you should feel very sorry for a colleague.”

Zverev’s brother, Mischa, told a German newspaper that Wimbledon, slated to start on June 27, is “out of the question” for Zverev.