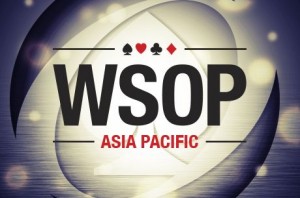 Check Regal Poker for Latest Poker News, tips and more.
The 2014 World Series of Poker Asia-Pacific is right around the corner, from ct. 2 and running through Oct. 18, the poker action will intense and exciting 17 days straight Down Under, With 10 gold bracelets events lined up with buy-ins ranging from AU$1,100 to AU$25,000.
Regal Poker is the best online poker game website, visit us and check out our promotions we offer you the best online poker bonus.
Last year, the first event turned out to be a massive affair with over 1,000 players. Then, Phil Ivey won his ninth WSOP gold bracelet. Finally, Daniel Negreanu captured the WSOP Asia-Pacific Main Event title and his fifth bracelet.
While the event will be attended by plenty of big names and there will undoubtedly be many new faces that emerge into the spotlight, some stories stand out a little bit more than others.
Here some things to watch for:
Players:
Sitting atop the current 2014 WSOP Player of the Year standings is Brandon Shack-Harris with 752 points, but he’s trailed very, very closely by George Danzer with 745.2 points. Following those two, there’s a drop off of nearly 200 points before John Hennigan (557.88) and Daniel Negreanu (519.08) come in as the only other players above 500 points.
Last year, Negreanu claimed the title with 890.22 points. In 2012, Greg Merson won with 981.13, and in 2011 Ben Lamb was the victor with 909.05.
Shack-Harris and Danzer will both be attending the festivities in Australia, as will Negreanu, but many of the other players in the top 10 are not, and Hennigan might as well be the flip of a coin as to whether or not he’ll show up. Daniel Colman — fifth with 452.4 points and winner of the $1,000,000 Big One for One Drop — confirmed that he won’t be playing anymore WSOP events this year. Others in the top 10 that will not be attending are Justin Bonomo and Brock Parker.
While it might be discouraging that so many in the top part of the race are not going, the confirmations of Shack-Harris, Danzer, and Negreanu are more than enough to keep the Player of the Year race extremely interesting.
WSOP Asia-Pacific gold bracelet events:
Five of them are brand new, two are somewhat new, and three return from last year. The new bracelet events are highlighted by the AU$25,000 High Roller that will attract a top-level field of competitors. Then there’s the AU$2,200 No-Limit Hold’em, AU$5,000 Pot-Limit Omaha, AU$1,650 Terminator No-Limit Hold’em, and AU$1,650 8-Game Dealer’s Choice that are all brand new additions to the schedule.
Last year, the festival held a AU$2,200 8-Game Mixed event and a AU$5,000 Six-Max No-Limit Hold’em one, but this year the buy-ins will be swapped for those two events, making for a AU$2,200 Six-Max No-Limit Hold’em and a AU$5,000 8-Game Mixed.
Of course, the AU$10,000 Main Event will be the granddaddy of them all, but it’s quite the treat to be able to feast on 10 more piece of gold as we lead into the November Nine. Seeing which players will emerge victorious and write their place in poker’s history books is something everyone can be excited for.
Daniel Negreanu Returning
Last year, Daniel Negreanu ignited his run to a second WSOP Player of the Year title at WSOP Asia-Pacific. He final tabled one event and then went on to win the Main Event for AU$1,038,825 and his fifth gold bracelet. With the success Negreanu has already had during the summer’s WSOP in Las Vegas, there are two possible back-to-back stories that we need to keep an eye on.
First, Negreanu will have the chance to remain as the only player to win the WSOP APAC Main Event if he is able to defend his title. While being the one winner from a field of 400-500 players is considered a long shot, one must pin Negreanu as one of the favorites to be able to win. Just look at his success over the years, but more importantly his success in the recent year. Hint, it’s amazing.
Second, as outlined above, Negreanu has the chance for a back-to-back WSOP Player of the Year title and his third overall. Although he’s about 200 points off the pace, Negreanu can really make anything happen if he’s able to deliver. We all know “Kid Poker” has plenty of “intentions,” and you best believe he intends on winning another bracelet and capturing his third Player of the Year title.
The two players Negreanu is chasing the hardest are Shack-Harris and Danzer. We already know that all three players can play all the games very well, but Negreanu may get the tip of the cap when it comes to no-limit hold’em. With six no-limit hold’em events on the schedule, and one of them being a big buy-in of which Negreanu regularly excels in, this is where the six-time gold bracelet winner could make up the most ground.

The Secret to Winning Poker Tournaments