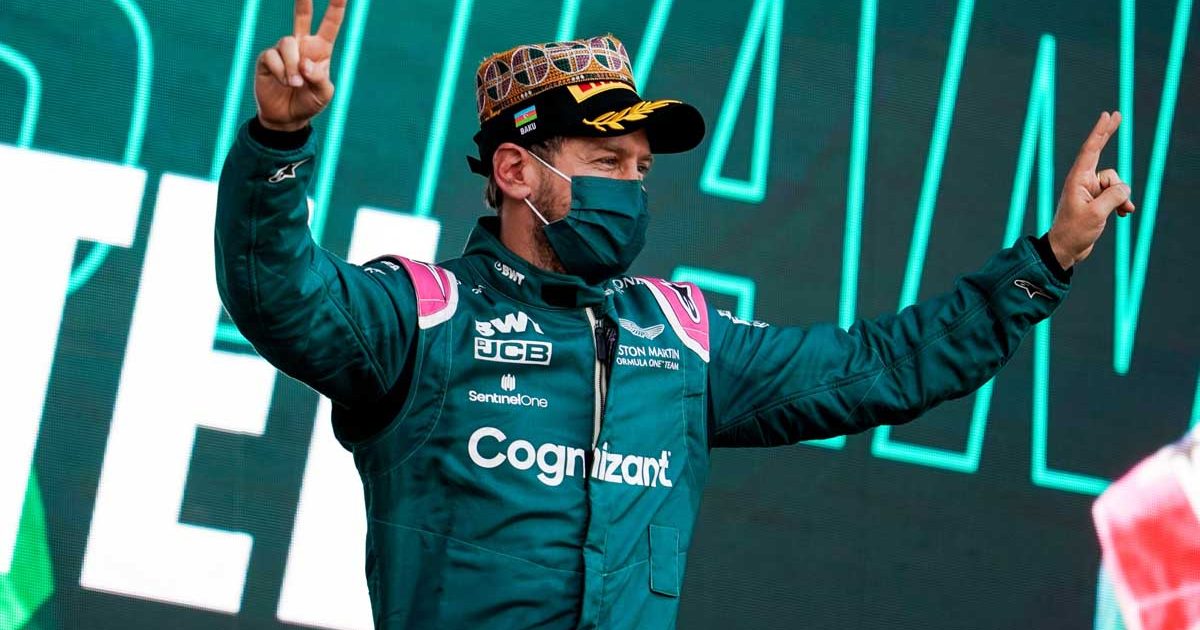 Sebastian Vettel looks like a man reborn at Aston Martin and the decision to sign him seems to be paying off, Formula One’s managing director for motorsport Ross Brawn stated on Monday.

Germany’s four times world champion joined the former Racing Point team this campaign, after struggling in his last two campaigns at Ferrari, as a replacement for Mexican Sergio Perez who is now with Red Bull.

Vettel was second to Perez in Sunday’s Azerbaijan Grand Prix, handing Aston Martin a first podium as a Formula One constructor.

“I was one of the people who was uncertain about the decision Aston made in signing him up, but it’s looking to be a great call because of the way he’s driving and the results he’s getting,” Brawn wrote in a column on the Formula 1 website.

“He’s reborn again. He’s refreshed. There’s a different vibe about him. And it just shows how the whole psychological aspect can impact performance.

“Seb has found himself in a much more comfortable place, with the right sort of pressure and with engineers who he is learning to work with. He’s getting results and he deserves it. Bravo.”

Vettel said on Sunday that it had taken a little bit longer than he wanted to get up to speed and adjust to the car at the start of the season.

“I think I was confident that at some point it (would) start clicking and obviously Monaco was great,” he said of a race where he concluded fifth.

The German had not scored a point in the first four races.

“You can argue that it takes off a bit of pressure but I think obviously the expectations in general are fairly high at the beginning of the year so it was good to get a good result,” he added.

Vettel is now ninth in the championship with 28 points, while Canadian team mate Lance Stroll crashed out on Sunday with a tire blowout and is 13th on nine points.