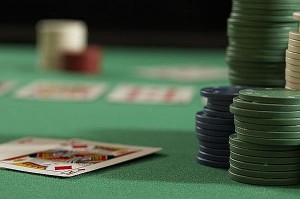 Check Regal Poker for Latest Poker News, poker strategy tips and more.
There are many versions of poker. Some players stick to just one version; others like to play many different variants.
Classification of Variations
Poker variants are traditionally classified as draw games, stud games and shared card (community card) games, mainly according to the way the cards are dealt . However, there are variants that fall into more than one of these categories or none of them, and there are other useful but overlapping categories. The table on this page uses the following categories and shows which ones each variant belongs to.
At Regal Poker you will find the best articles about how to play poker, visit us and check out our promotions we offer you the best online poker games.
draw – draw poker games in which players have the chance to improve their hand by discarding some cards and obtaining replacements from the dealer.
stud – stud or open poker games in which some of the players’ cards are dealt face up, usually with several betting rounds during the deal
shared – shared card or community card games in which some cards are dealt face up to the table or board, and are available to all players to use as part of their hand
low – low poker or lowball games in which the lowest poker hand wins, rather than the highest poker
high/low – poker games where the whole or part of the pot can be won by having the highest hand or the lowest hand in the showdown
wild – poker games where one or more cards are designated wild and can be used to represent other cards, thereby improving the owner’s hand
split – poker games in which the pot is divided between two or more winners according to different criteria such as highest hand, lowest hand, highest spade, and so on.
buy – poker games in which players can pay an extra amount to the pot for a privilege such as an extra card or a card exchange.
pass – poker games in which players pass some of their cards to other players or trade cards with others.
match – games in which a player who stays in but does not win the showdown pays a penalty, which goes into the pot for the following deal: often the penalty is to match the pot, paying an amount equal to the total current pot size.
mixed – games that consist of several different poker games played in succession, either in a fixed sequence or chosen by the players.
other – games that are not really poker variants, but are sometimes allowed as options in a dealer’s choice poker game.

How to Win at Poker