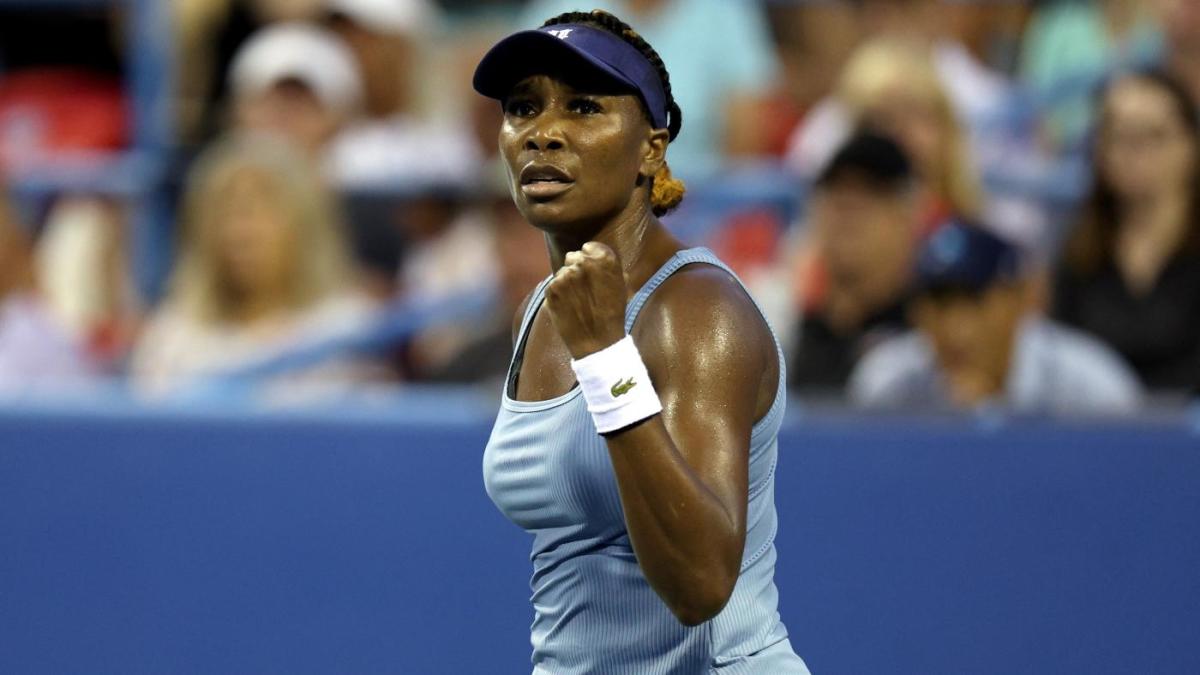 Venus Williams will make her return to the US Open, after being sidelined in 2021, when the event gets underway on Aug. 29 in New York.

The United States Tennis Association revealed the two-time tournament champion received a wild card in a statement on Wednesday.

Williams, 42, a former world No. 1, will be making her 23rd appearance at the Grand Slam.

Williams was inactive from competition for almost a year before returning to competition in mixed doubles at Wimbledon earlier this summer. She has since played at the Citi Open, the Canadian Open and in this week’s Western and Southern Open, but has failed to record a victory in singles since returning. Her younger sister Serena, 40, revealed she planned to retire following the US Open in a first-person Vogue essay last week, but Venus Williams has not shared any such plans.

Williams isn’t the only past major champion to receive a wild card.

Dominic Thiem, the 2020 US Open winner, and Sofia Kenin, the 2020 Australian Open victor, were also announced as recipients on Wednesday. Both have struggled with injuries recently and have fallen out of the top 100.

Others granted wild cards include 2017 US Open semifinalist CoCo Vandeweghe, 2017 Wimbledon semifinalist Sam Querrey and reigning NCAA singles champion Ben Shelton.Harmony Tan, who stunned Serena Williams in the first round at Wimbledon in June and ultimately reached the fourth round at the All England Club, also received a wild card.

Despite her career-best result at a major, Tan, from France, didn’t receive any ranking points for her efforts at the tournament and remained outside of the top 100. She is presently ranked No. 110 and would have otherwise needed to come through qualifying to get into the main draw. The USTA stated she was granted a wild card due to a reciprocal agreement between the USTA and French Tennis Federation.