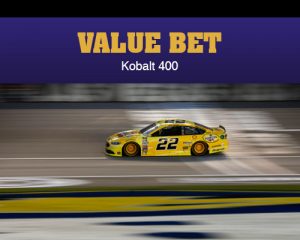 What are you up to this weekend? Make sure you sign up for some speed action, because the Monster Energy Cup makes its annual stop at the Las Vegas Motor Speedway this Sunday, where there surely is a good value bet waiting for you.
Typically Daytona International Speedway does not inform fantasy players of much, but there is a good rationale to make the 2017 season different. With five rookies in the field and a number of big changes among the teams, one is starting to get a sense of which pairings will and will not click.
It’s probably true that the Folds of Honor QuikTrip 500 is much more important to this week’s handicap, however both Atlanta Motor Speedway and Las Vegas Motor Speedway are similarly-configured, 1.5-mile tracks. Drivers who run well on one of these will usually run well on the other.
This year, Kevin Harvick, the 2015 Kobalt 400 champion, is a 4-1 favorite to win the 20th staging of the Monster Energy NASCAR Cup Series race at Las Vegas Motor Speedway on Sunday while defending champion Brad Keselowski is next at 5-1. Brad Keselowski will be looking to win the race for the third time in four tries.
There are three good reasons to activate Keselowski this week: a victory in the 2014 Kobalt 400, another in last year’s edition of this race, and last week’s QuikTrip 500 win. The similarly-configured, 1.5-mile tracks seem to fall to drivers in waves. Hendrick Motorsports dominated for a while and then Joe Gibbs Racing led the pack. It is Penske’s turn. Keselowski earned the second-most points in Group A last week behind a dominant Kevin Harvick.
Get all the latest Sports Betting updates on your social media outlets. Find us on Facebook!
Despite winning the race last year, Keselowski has given way to Kevin Harvick on the oddsboard with the 2014 Sprint Cup winner coming into the race extremely motivated after a disappointing result at the Folds of Honor QuikTrip 400 last week. Harvick wound up losing at the Atlanta Motor Speedway on Sunday, despite leading for over half the race, because of a speeding violation coming out of a pit stop that put him at the back of the pack.
Harvick won this race two years ago and will be the +400 favorite this weekend to do so for the second time. Behind him and Keselowski we have Jimmie Johnson (+650), Kyle Busch (+700) and Joey Logano (+800) rounding out the top five. Johnson has won the race four times in his career (most in the history of the Kobalt 400), including three times in a row from 2005 to 2007, but hasn’t finished higher than 13th place so far this year.
Matt Kenseth could be a good look as a value bet at +1000 as he’s won the race three times in his career with his most recent checkered flag in Vegas coming in 2013. The No. 20 Toyota driver finished third in Atlanta last week so he’ll be coming into the weekend as one of the hottest competitors in the field. Register now at BetRegal.com.