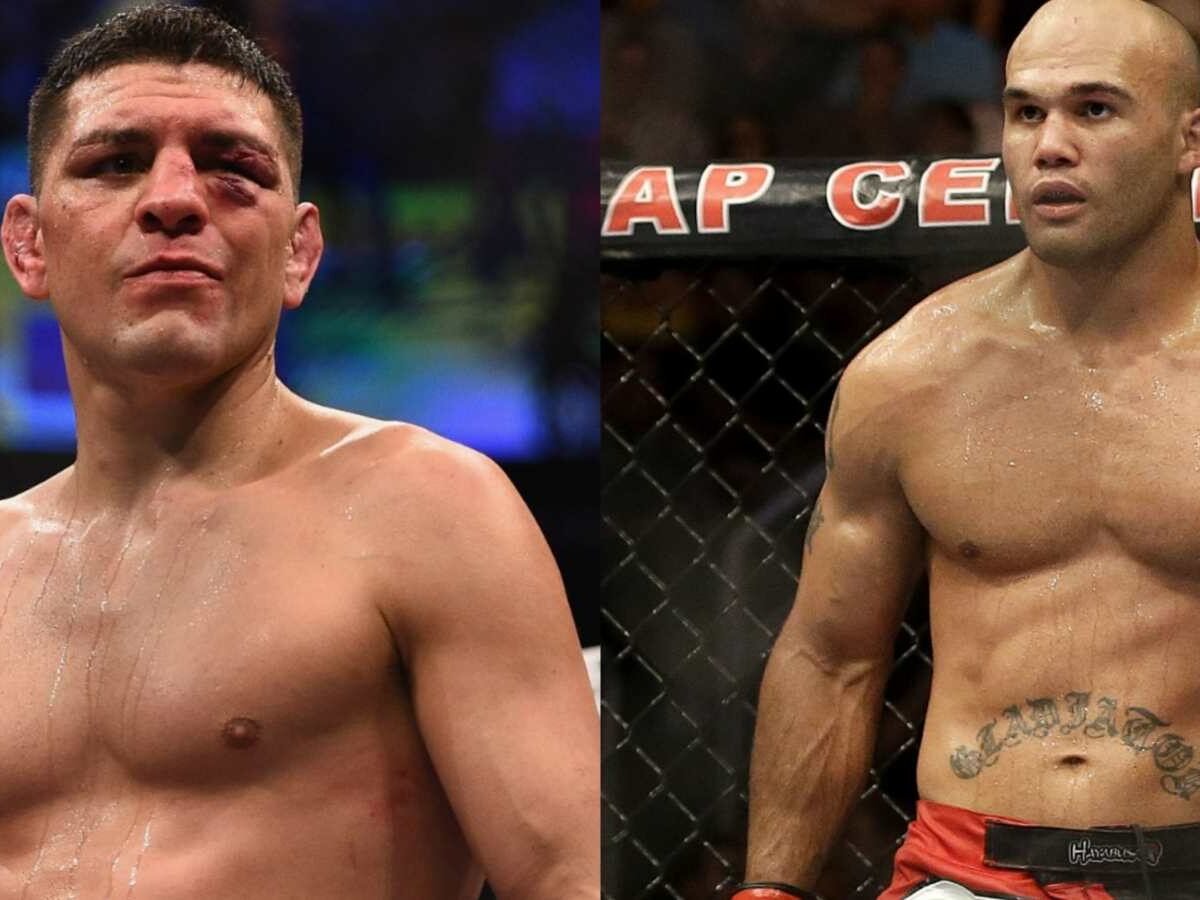 Nick Diaz was 20 years old and facing the biggest challenge of his young MMA career.

At UFC 47, on a stormy night in Las Vegas in April 2004, Diaz took on power-punching Robbie Lawler in just his second appearance inside the Octagon. Lawler, who was 22, had already fought five times in the UFC and had a pair or knockouts to show for it. He was 8-1 overall and had knocked out six adversaries — all but one of them in the first round.

Diaz was known more as a jiu-jitsu fighter, having finished four of his first 10 pro fights by submission. But he could throw hands, too, and on a card headlined by the long-awaited first fight between Chuck Liddell and Tito Ortiz, Diaz might just have stolen the show.

He utilized all of the signature Diaz tools that fans would become familiar to seeing. He walked forward nonstop, talking and taunting. (At one point, in a puzzling application of rules that did not exist at the time and still don’t, referee Steve Mazzagatti cautioned, “Watch your mouth there. No talking!”) Diaz dropped his hands to his side, with chin forward as a tantalizing target that somehow nearly always remained out of reach. He mixed in his patented open-hand “Stockton slap” with his punches.

Diaz put on an eye-opening performance, rocking Lawler in the first round and evading or absorbing all that the slugger could dish out. And a minute and a half into Round 2, during a fiery exchange at the center of the cage, Diaz connected with a short counter right hand that dropped Lawler face-first to the canvas. Diaz had his fourth career KO, and a star was born.

Seventeen years later, Diaz and Lawler will meet again on Saturday at UFC 266.

In the time since their first meeting, Lawler went on to become EliteXC middleweight champion and UFC welterweight champ. Diaz competed for the EliteXC lightweight championship, acquired the Strikeforce welterweight title and challenged Georges St-Pierre for the UFC’s 170-pound belt.

On Saturday, it will have been 2,430 days since he last competed in the Octagon. Lawler, 39, has not fought in over a year and has losses in his last four appearances.