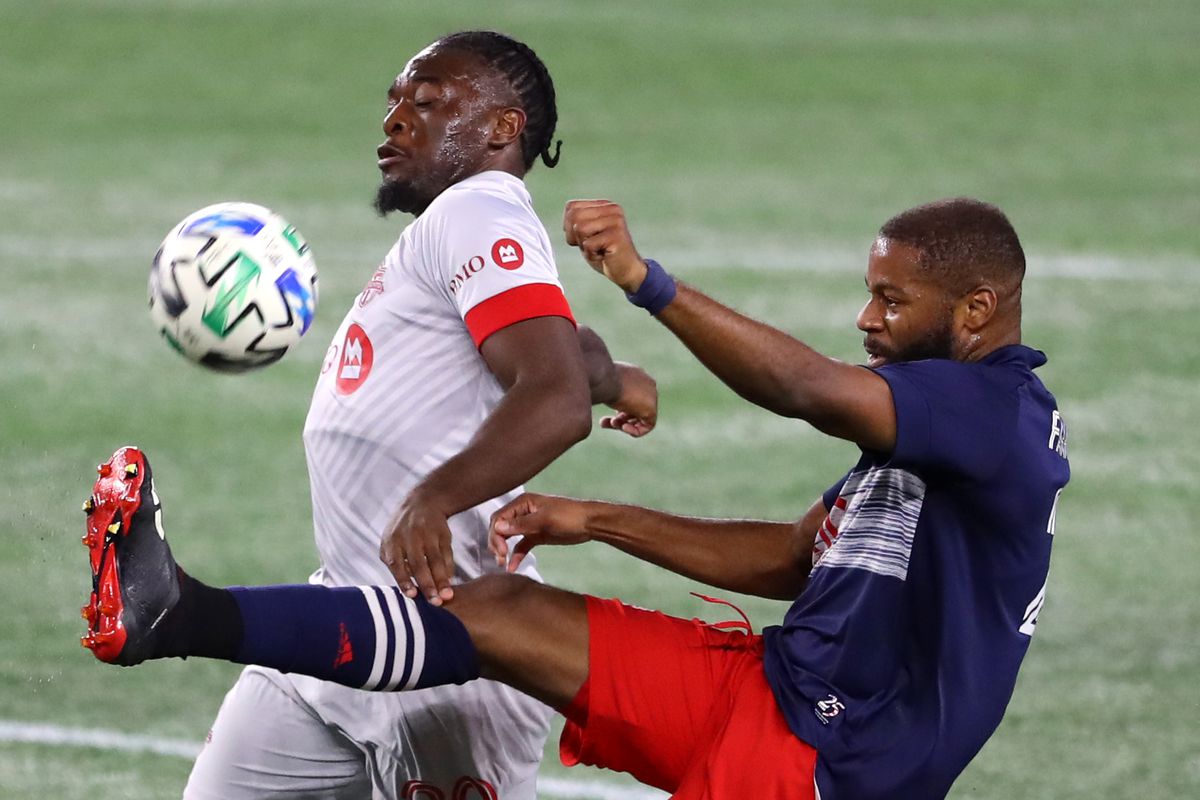 After Akinola put Toronto ahead in the 29th minute, a clumsy tackle by Marky Delgado on Lee Nguyen in the 67th minute gave New England the opportunity to equalize. But Polish forward Adam Buksa hammered the ensuing penalty kick over the crossbar for the goal-challenged Revs.

Backup goalkeeper Alex Bono recorded his third clean sheet in as many appearances this campaign, upping his career shutout total to a club-record 29. Toronto (10-2-4) is now unbeaten in six outings (5-0-1) and sitting atop the league standings after Columbus dropped a 2-1 decision to Montreal.

TFC came into the match tied on goal difference with the Crew after dispatching elite opposition in New York City FC, Columbus and Philadelphia.

It was a rare victory in Gillette Stadium for Toronto. Going into Wednesday’s game, TFC was 2-10-5 at New England and had been outscored 31-12.

TFC has lost just two of 26 regular-season matches (14-2-10) since a 2-0 defeat at the New York Red Bulls on Aug. 3, 2019. Those two setbacks came four days apart last month, in one-goal losses to Montreal and Vancouver, respectively. A July defeat versus New York City FC in the round of 16 at the MLS is Back Tournament did not count in the regular-season standings.

Toronto, like Montreal and Vancouver, due to pandemic-related travel restrictions, is having to play its remaining regular-season games south of the border. TFC has made East Hartford, Conn., its home away from home.

Akinola used his speed and power to good effect on Toronto’s goal, outmuscling defender Andrew Farrell to get to a ball sent in by Alejandro Pozuelo before poking the ball past goalkeeper Matt Turner. New England coach Bruce Arena wanted a foul on the play but Akinola’s eighth of the season — and second in as many games — stood up.

It ended a 213-minute shutout run for the Revs, who had permitted just one goal over the previous four matches.

Akinola gave a hint in the sixth minute of what was to come after a fine long pass from Delgado, but his shot flashed just wide of the post.

There was some bad blood in the 39th when Toronto winger Pablo Piatti, incensed at a hard Tommy McNamara challenge, went after the Revs midfielder. McNamara had earned the ire of Laryea seconds earlier for a physical tackle.

Bono, making his 100th start in all competitions for Toronto, flubbed a couple of catches in the first half. He did better early n the second half, denying DeJuan Jones and Nguyen.

Toronto coach Greg Vanney made four changes to the starting 11 that beat Philadelphia 2-1 on the weekend, with two of the moves injury-related.

Wednesday’s game was the second of five in 16 days for Toronto, which visits Cincinnati on Sunday.