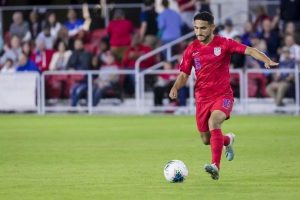 Toronto FC were poised to make history as arguably the greatest team in Major League Soccer history, but a sour own goal and a late-game collapse led the team to a 3-1 beating to the Seattle Sounders.

This is the third time in four years the two clubs have met in the final and now Seattle has the advantage with their second trophy compared to Toronto’s single MLS Cup back in 2017.

The match was scoreless until the 57th minute, when a shot from the Sounders’ Kelvin Leerdam ricocheted off TFC defender Justin Morrow and give the home team their 1-0 lead.

An unfortunate bounce for a Toronto team that appeared to be in control of most of the match. The Reds ended with 65 percent of possession and almost double the amount of completed passes that Seattle could muster.

This goal —which was given to Leerdam in the end — was clearly the breaking point after Toronto had the majority of the opportunities beforehand and just could not get the lead.

After the opening goal for Seattle, the hypothetical dam broke and the new champions were able to score two more goals in quick succession, including one stunner from Victor Rodríguez.

The American was subbed on in the 68th minute and was able to wipe away the clean sheet for Seattle in the 92nd.
TFC’s loss in the final caps off the team’s rather unexpected post-season run. In the two playoff matches before the final, Toronto had the worse regular season record compared to their rivals and came out with a 2-1 triumph in both games.

If they were able to finish the season with a win and another trophy, TFC had potential to be considered the greatest team in MLS history. Overcoming incredible odds, the club could have become only the fifth to win more than a single MLS Cup in league history.

Unfortunately for them, Seattle had luck on their side on Saturday.