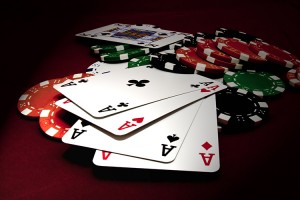 Check Regal Poker for Latest Poker News, poker strategy tips and more.
(pokernews.com) – Each week, the Global Poker Index releases a list of the top tournament poker players in the world using a formula that takes into account a player’s results over six half-year periods. For a look at the entire list, visit the official GPI website. Here’s a look at the rankings as of February 24, 2016.
Learn everything that you need to know about how to play poker, and become a professional in Blackjack and Texas Hold’em

GPI Player of the Year

With the PokerStars Caribbean Adventure, the Aussie Millions, the European Poker Tour Dublinfestival, and a host of other tournament series already in the rearview mirror, early totals in the 2016 GPI Player of the Year race should be arriving soon. To compute the POY, the GPI uses a player’s best 13 results (in terms of GPI POY points earned) from January 1 to December 31. You can read more here about factors considered by the GPI when calculating scores for the GPI POY.
Meanwhile, let’s take a look at the newly updated overall GPI rankings, post-Dublin.

Most of those at the top of the GPI rankings were in action in Dublin with many notching cashes, butSteve O’Dwyer managed to hold off all of them to retain the No. 1 spot for a seventh-straight week. O’Dwyer picked up a couple of cashes in Dublin as well where he made final tables in two different side events, though neither earned him enough points to be added to his current total.
The most conspicuous change to the top 10 this week is the appearance of Dzmitry Urbanovich,winner of the EPT Dublin Main Event, who leaped from No. 18 to No. 8 on the strength of his victory.
The ranking marks the first time inside the top 10 for the Polish pro and EPT11 Player of the Year. Urbanovich has now managed to earn over $4.8 million in tournaments in just a little over two years — and all before his 21st birthday which will come in May (in time for the 2016 World Series of Poker).

Relative quiet at the top of the GPI top 300 this week is contrasted by a lot of movement at the other end of the leaderboard, with no less than 18 newcomers making the list. Nearly all of them earned their points by cashing in events at EPT Dublin.
The highest-ranked of this group of upward movers is Sergey Lebedev who picked up points in three different events at the Royal Dublish Society last week, including a 10th place in the €10,200 Single-Day High Roller won by Charlie Carrel and a third-place showing in the €10,300 High Roller won by Samuel Panzica.

Poker Strategies And Tips: Thinking Ahead In Poker