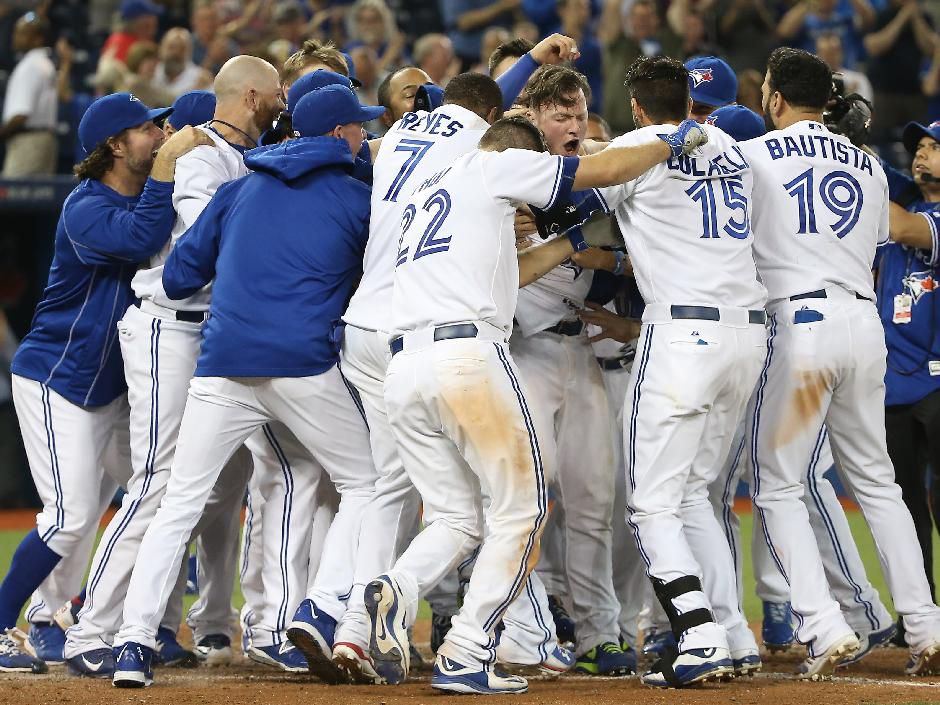 Over about 24 hours on the weekend, the Toronto Blue Jays scored 44 runs — 22 combined across a Saturday doubleheader and another 22 in one game on Sunday, all versus the Baltimore Orioles.

At 46-97, the Orioles are the worst team in baseball. Still, they stopped the Jays’ eight-game winning streak by beating ace Robbie Ray on Friday night and appeared poised to play spoiler twice Saturday: up 10-5 late in the first game, and up 1-0 carrying a no-hitter into the final inning of the nightcap.

Both times, Toronto roared back to victory. Between the 11-run outburst to come back in the late game and an early offensive explosion on Sunday, the Jays scored 27 runs in a four-inning span — an MLB record. Toronto is now 11-1 in September and tied with Boston for the top wild-card spot, one match ahead of the Yankees.

The race is coming down to the wire.

Toronto is 80-63, tied in winning percentage with Boston at 81-64 and just ahead of the 79-64 Yankees. As Tampa Bay runs away with the AL East division lead, two of those three teams will be relegated to the single-elimination wild-card game — and one will miss out on the post-season entirely.

Despite three more games versus the Orioles and seven against another last-place team in Minnesota, Toronto has the toughest remaining calendar, beginning with a three-game set against the Rays at Rogers Centre that started monday.

The Jays also have three home games left against the struggling Yankees, whom they swept in four straight last week.

The Red Sox, meanwhile, have been about average since July after their blistering first half. FanGraphs, a baseball stats site, says the Red Sox own the best odds of the three at making the post-season at 75.5 per cent, followed by the Blue Jays at 66.4 per cent and the Yankees at 49.8 per cent.

Seattle and Oakland also remain in the hunt. Nineteen matches remain on Toronto’s schedule. That’s more than 10 per cent of the season and plenty of time for those playoff odds to swing in any direction. But after their staggering start to September, the Blue Jays suddenly feel like the team of destiny.