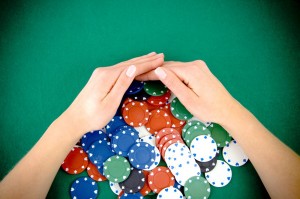 Check Regal Poker for Latest Poker News, poker strategy tips and more.
(pokernews.com)- Each week, the Global Poker Index releases a list of the top tournament poker players in the world using a formula that takes into account a player’s results over six half-year periods. For a look at the entire list, visit the official GPI website. Here’s a look at the rankings as of November 18, 2015.

At Regal Poker you will find the best articles about how to play poker, visit us and check out our promotions we offer you the best online poker games.
The same names appear in the top 10 spots of the new 2015 Global Poker Index Player of the Year list, albeit with some small shuffling. At the very top Byron Kaverman enjoys a third consecutive week at No. 1, with Anthony Zinno — the player who had been leading for more than four months until Kaverman passed him — still close behind in second position.
A fourth-place finish in the HK$500,000 Super High Roller at the APPT 2015 Asia Championship of Poker (ACOP) in Macau helped Steve O’Dwyer move up a couple of spots to No. 4. O’Dwyer took 15th in the ACOP Main Event last week as well, building on the success he had at the European Poker Tour Malta festival at the end of October where he cashed four times and won the €10,200 Single-Day High Roller.
Connor Drinan also did well in Macau, final tabling the ACOP Main Event where he finished fifth to help him move up from No. 10 to No. 7 in the POY rankings.

The top of the overall GPI rankings also remained largely the same this week where Kaverman remains No. 1 as well. This marks eight straight weeks at the top for Kaverman.
O’Dwyer used those finishes mentioned above to jump back into the overall GPI top 10 this week, moving up from No. 13 to No. 5.
During the GPI’s four-plus years of existence, O’Dwyer has spent more than two years of that period ranked inside the overall top 10. However O’Dwyer has yet to make it all the way to No. 1, his highest-previous ranking being No. 2 (in June 2012).

Just five new names in the overall top 300 this week with Fabian Quoss the highest-ranked of the group after moving up from No. 315 to No. 204. The German player’s highest previous GPI ranking was No. 32 in April 2013.
Meanwhile a couple of recent tournament winners made their GPI top 300 debuts this week.
Kuljinder Sidhu’s victory in the €10,250 Master Classics of Poker High Roller event in Amsterdam helped him jump from No. 435 all of the way to No. 232, his first time ever to appear in the GPI top 300. And Kane Lai also joins the top 300 for the first time, moving from No. 336 to No. 247 after winning the Heartland Poker Tour Ameristar Casino Resort Spa Main Event in St. Charles, Michigan.

That move upward for Kuljinder Sidhu was the biggest of anyone appearing in this week’s GPI top 300. A fifth-place finish for Yury Gulyy in The Oscars ’15 Main Event at the Merit Crystal Cove Hotel-Casino in Cyprus helped him go from No. 244 to No. 185.

Finally of those keeping their spots in the GPI top 300, Stuart Rutter slipped the most after dropping from No. 210 to No. 276.

How To Win Multi-Hand Blackjack?

What is Camouflage Blackjack Strategy?