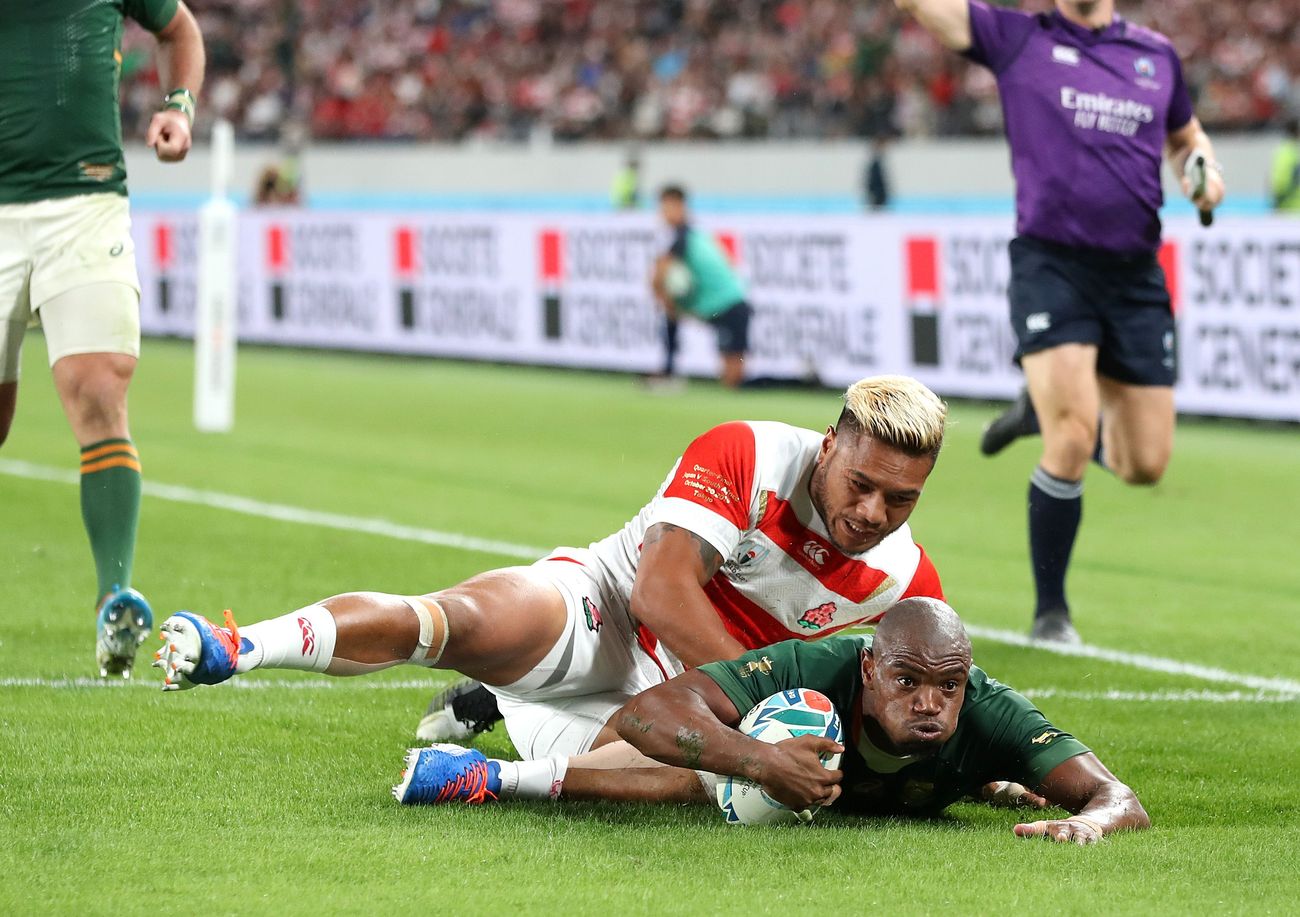 Rassie Erasmus was thankful South Africa “knew which buttons to push” to fend off the threat of another Rugby World Cup defeat to Japan.

After their stunning loss to the Brave Blossoms four years ago in Brighton, it was a distinctive story at the Tokyo Stadium on Sunday as South Africa emerged 26-3 winners.

They will face Wales in the semi-finals next Sunday in Yokohama, and the Springboks were buoyant after seeing off familiar foes in the quarters.

But the lead had been just 5-3 at half-time, and Erasmus admitted: “We were nervous.”
He and his coaching staff largely stayed out of dressing-room discussions, leaving it for the likes of captain Siya Kolisi to set minds at ease.

“Going in at half-time only being up a few points and leaving a few tries out there, there was definitely a little bit of a lull and a quietness in our changing room,” Erasmus said.

“But I think, being together for 17 weeks, the guys knew which buttons to push to get ourselves out of that lull and come out and produce in the second half. We’re very proud of that.”

Makazole Mapimpi grabbed his second try of the game and man of the match Faf de Klerk also dotted down as South Africa gradually ground down the energetic hosts.

Erasmus complimented the “intensity and tenacity” of Japan, suggesting they would be worthy additions to the Rugby Championship – currently contested by the Springboks, Australia, South Africa and Argentina – if logistics made it viable.

“I do know the brand they play is pretty exciting and it would really fit in,” said Erasmus, calling it “a nice proposition” but stressing he had not been party to any such discussions.

Erasmus was thrilled with the defensive strength of his team, as they nullified Japan’s attacking vibrancy when both Ireland and Scotland had succumbed.

The former Munster coach thinks his experience in the Pro14 competition, facing Welsh club sides, could be useful as South Africa when to clear the last hurdle before the final.