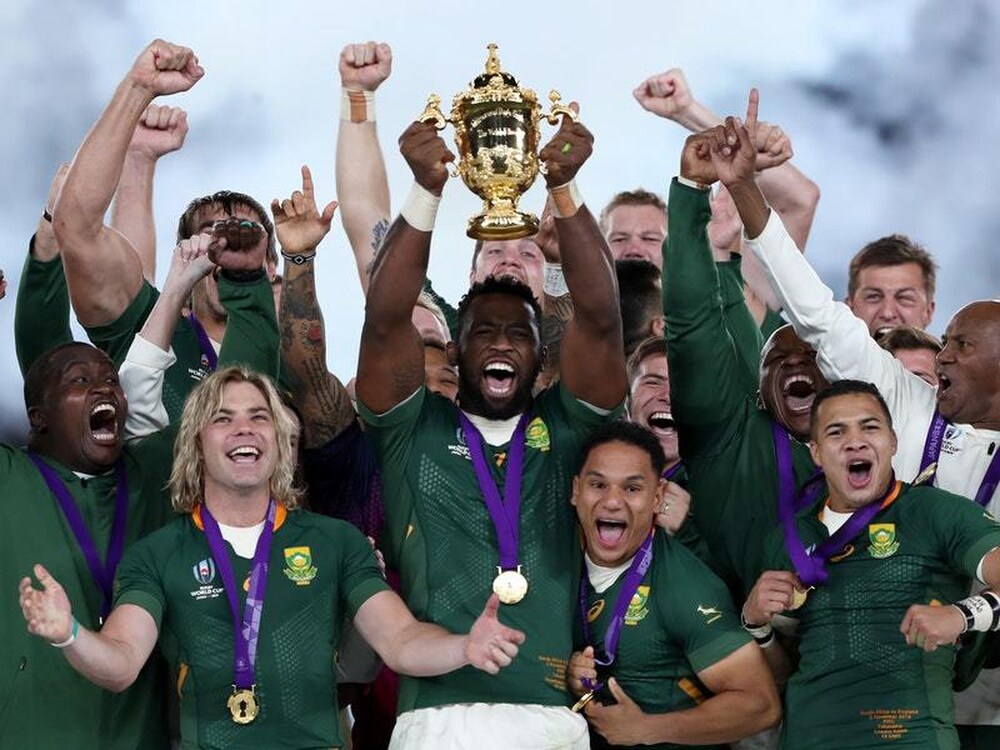 South Africa matched New Zealand’s three Rugby World Cup victories but the Springboks broke records and milestones the All Blacks have not achieved.

The 32-12 victory over England in Saturday night’s decider in Yokohama retained South Africa’s perfect record in finals after lifting the Webb Ellis Cup in 1995 and 2007. No other nation has remained undefeated in World Cup final appearances.

But there were two notable milestones the Springboks managed while creating Rugby World Cup history after losing their opening pool match 23-13 to the All Blacks.

Previously, no side had won the World Cup having dropped a game but South Africa won their next six in Japan, all the way to the final, as first Namibia, Italy and Canada were defeated in the pool stage, then Japan and Wales in knockout games, before the Boks bashed up England.

South Africa pulled it off in the ninth edition of the World Cup but they also scored a Rugby Championship and World Cup double this year.

No side has done that since the southern hemisphere competition was formed in 1996, featuring Australia, New Zealand and South Africa. It was known as the Tri-Nations until Argentina joined in 2012.

Also, the Springboks are yet to concede a try in three World Cup finals and remain the only side to have kept opponents at bay in the decider. They also scored their first tries in the final when wingers Makazole Mapimpi and Cheslin Kolbe went over in the final quarter, crushing England’s resolve with their only points coming via four Owen Farrell penalties.

South Africa’s World Cup wins have always been 12 years apart and their latest signaled the end of New Zealand’s eight-year reign as world champions after the All Blacks lifted the trophy in 2011 and 2015.

The Springboks also returned to the top of the men’s rankings for the first time since 2009, with the All Blacks second and England third after the finale of the World Cup in Japan.