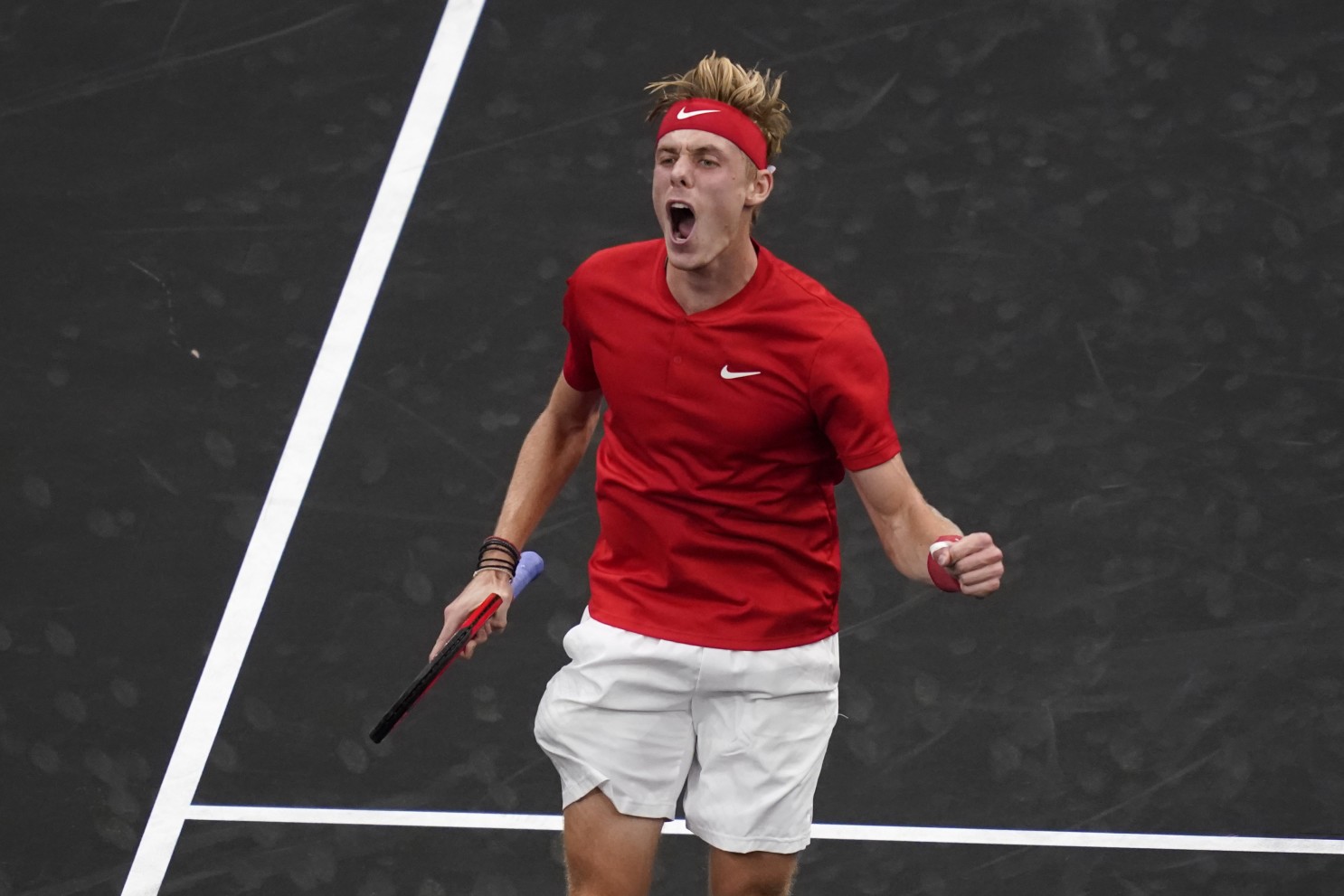 Denis Shapovalov erased a big deficit and six set points in the opener en route to a 7-6 (7), 6-2 triumph over Taylor Fritz at the San Diego Open on Thursday to reach his first quarterfinal since Wimbledon.

The fourth-seeded Shapovalov, a 22-year-old left-hander from Richmond Hill, Ont., fell behind 4-1, love-40 at the outset.

Fellow Canadian Felix Auger-Aliassime, on the other hand, pulled out of Thursday’s match because of an upper leg injury. August Holmgren moved into the draw to replace the No. 3 seed.

“It was happening quick out there,” said Shapovalov, who had a first-round bye while Fritz played — and won — on Monday. “Super happy to kind of just, like, dig my way out of it.”

He to hold serve there and eventually get to 4-all. Fritz earned his first two set points while leading 6-5 as Shapovalov served; one went away with a service winner, the other with a forehand winner.

Then, in the tiebreaker, Fritz went up 6-3 and wound up with a total of four more set points, the last of which came at 7-6 after Shapovalov netted a forehand and screamed at himself.

That’s when everything changed.

Shapovalov used a volley winner to save that one, sparking a run in which he collected 15 of 17 points to take that set and a 3-0 lead in the second.

“After I yelled … I released myself and allowed myself to free up and just play really, really good tennis from there on. I felt like I was much more relaxed and free from that moment on,” Shapovalov stated. “And obviously, when you win a set like this, it’s a confidence booster and I was trying to take advantage of that.”

Shapovalov, who made his Grand Slam semifinal debut at the All England Club in July before losing to eventual champion Novak Djokovic, will try to move closer to his first tour title of 2021 when he goes up versus unseeded Cam Norrie on Friday.

Norrie got to his career-best ninth quarterfinal of the season by eliminating No. 8 seed Dan Evans 7-6 (3), 6-3 in an all-British matchup.

Another seeded player bowed out when No. 5 Hubert Hurkacz, a Wimbledon semifinalist, lost 5-7, 6-4, 6-2 to Aslan Karatsev, an Australian Open semifinalist in February.

Karatsev next meets Grigor Dimitrov or Holmgren, who plays tennis at the University of San Diego and lost in qualifying for the hard-court tournament that was added to the ATP schedule when Asian events were called off because of the pandemic.