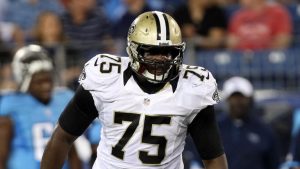 The New Orleans Saints have signed free agent defensive tackle Tyrunn Walker ahead of the NFC Championship Game against the Los Angeles Rams.
He was signed to replace injured DT Sheldon Rankins, the NFL Network said on Tuesday.
The Saints placed Rankins on injured reserve after he ruptured his Achilles in Sunday’s divisional-round victory over the Philadelphia Eagles.
Rankins suffered his injury midway through the first quarter of the Saints 20-14 victory over the Eagles. His injury was confirmed by MRI to be a torn Achilles, and he was scheduled to undergo surgery this week.
Walker, 28, is a Louisiana native who began his career as an undrafted rookie with the Saints from 2012 to 2014 before moving on to the Detroit Lions for two years and the Los Angeles Rams last season.
Check BetRegal.com and find the best online betting site.
The 6-foot-3, 310-pounder has appeared in 60 career games, including the playoffs, with a total of 17 starts, 4.5 sacks and two forced fumbles.
Walker hasn’t been with a team since he was released by the Buffalo Bills in early September. So it’s unclear if he will be able to contribute right away against another one of his former teams in Sunday’s NFC Championship Game.
The Saints, who had the NFL’s No. 2 run defense during the regular season, will also be counting on backup tackles David Onyemata and Taylor Stallworth to play bigger roles against a Rams team that went off for 273 rushing yards during a 30-22 divisional-round playoff win over the Dallas Cowboys.
Get all the latest Betting and Sport News updates on your social media outlets. Find us on both Facebook and Google+
No street free agent can fill the massive gap left by Rankins, who was enjoying a monster campaign in the middle of a good Saints defense. Walker will provide depth to the New Orleans defensive line rotation in the NFC title tilt.