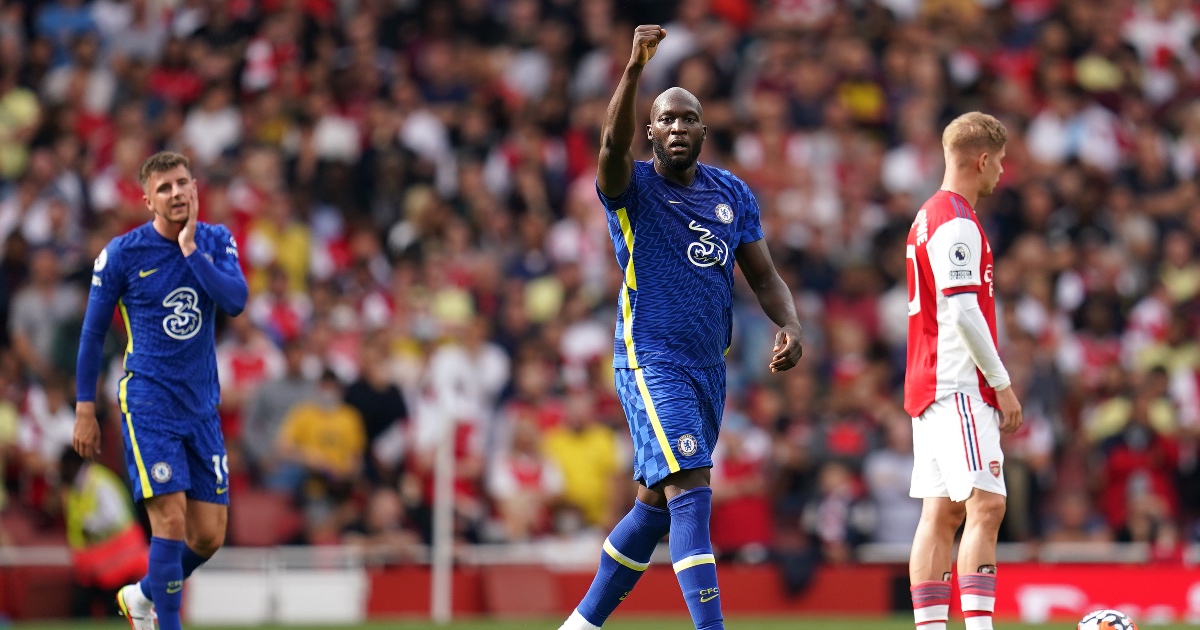 Romelu Lukaku scored on his return to Chelsea as they eased to an inspiring 2-0 win at Arsenal on Sunday.

Lukaku re-joined Chelsea from Inter Milan this summer for a club record fee of £97.5 million and produced a commanding display on his second debut.

Reece James grabbed the second after Lukaku’s opener as Chelsea secured consecutive victories at the start of the Premier League.

Arsenal’s disappointing start to the campaign continued as Mikel Arteta saw his side lose 2-0 in back-to-back matches.

Arsenal started brightly but it was Chelsea who opened the scoring after 15 minutes when Lukaku outmuscled Pablo Mari to tap in from James’ cross.

It was the striker’s first goal for the club after making his Chelsea debut nine years ago.

Chelsea controlled the game from then on and grabbed a second after 35 minutes when James was on the end of a flowing move to lash the ball into the top corner.

Just before the break, Arsenal had a penalty appeal turned down when Bukayo Saka collided with James while Kai Havertz headed just wide from a Mason Mount cross.

The hosts had the first meaningful chance in the second half when Saka’s deflected effort was brilliantly tipped over the bar by goalkeeper Edouard Mendy.

Arsenal had an even better chance just before the hour mark with Rob Holding heading just wide from close range after a Mari flick-on.

With 12 minutes left, Lukaku came close scoring Chelsea’s third but his close range header was brilliantly tipped onto the bar by Bernd Leno.

Leno also denied Kai Havertz late on but Chelsea eased to victory to pile on the pressure on London rivals Arsenal.