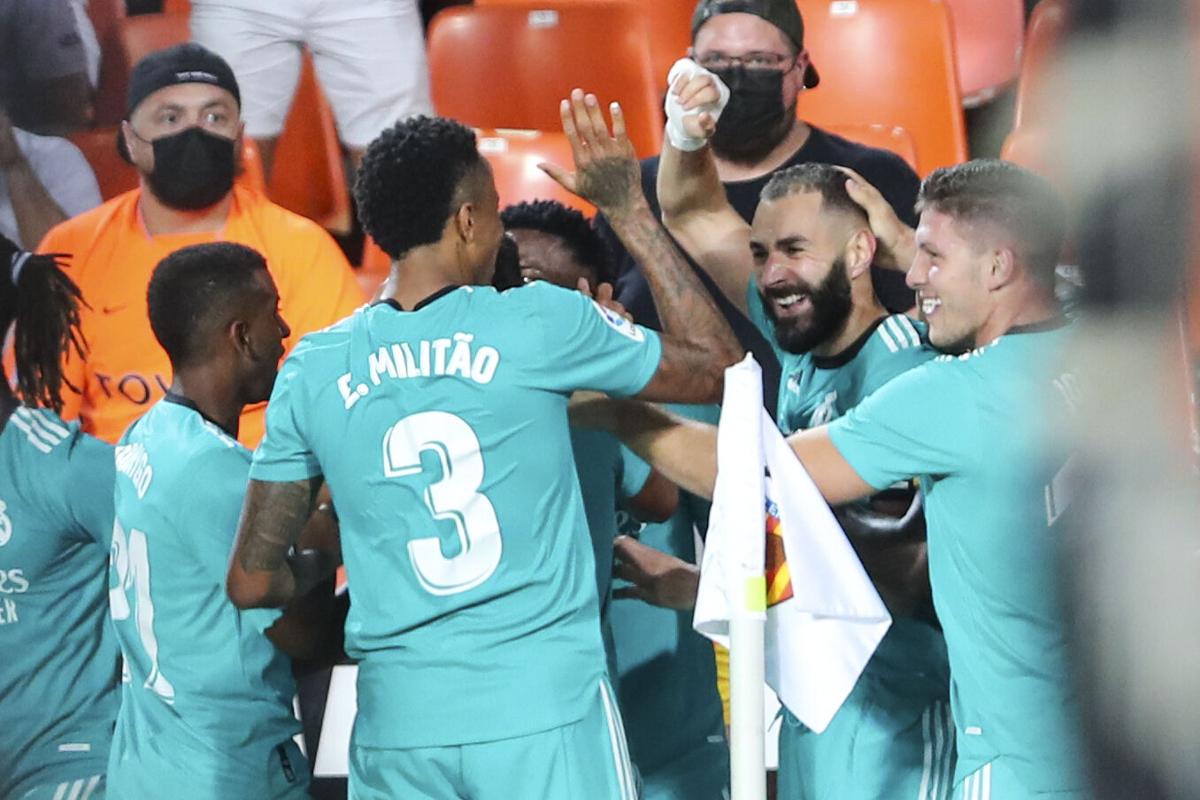 Real Madrid forwards Vinicius Junior and Karim Benzema scored within the space of three minutes deep in the second half to propel their side to a 2-1 victory at Valencia in LaLiga on Sunday after being outplayed for most of the game.

The hosts went ahead in the 66th minute with a thumping low strike from forward Hugo Duro, who spent last season on loan with Madrid.

Real leveled with a deflected strike from Vinicius in the 86th minute and then the Brazilian turned provider, crossing for Benzema to head home the winner in the 88th.

Valencia would have gone top of LaLiga had they held on for the victory but instead Carlo Ancelotti’s Real side lead the standings with 13 points from five matches.

“It’s never easy to come here especially when you concede the first goal but we never gave in, we kept working and kept persisting,” said Vinicius.

“We’ve got a great result here thanks to the work of the whole team and things are coming off for us right now.”

The victory was on the back of another Real late show in midweek when Brazilian forward Rodrygo struck in the 89th minute to secure a 1-0 victory at Internazionale in their first Champions League group game.

Valencia had made a strong start to the season under new coach Jose Bordalas but suffered a setback in the build-up to kick off when captain Jose Gaya was ruled out injured.

More problems followed as midfielder Carlos Soler, who scored a hat-trick of penalties in last season’s fixture versus Real, came off injured in the 15th minute while right back Thierry Correia soon followed him in hobbling off in the 23rd.

But Bordalas’ side still managed to outrun and overpower their opponents for most of the game and took a deserved lead when Duro swivelled to send a bouncing ball beyond the reach of keeper Thibaut Courtois and into the net.

Valencia continued to cause Real problems but eased off in the final 10 minutes and the visitors made the most of their deadly firepower, Vinicius scoring his fifth goal of the season and Benzema netting a sixth after bagging a hat-trick versus Celta Vigo last week.

“We know what Real Madrid are like, we know they can turn the game around at any stage,” said Duro. “We had a tough game, we got two early injuries but still managed to go ahead then the victory escaped from our grasp and they made us pay in two isolated moves. We were very unlucky to not at least get a draw today.”