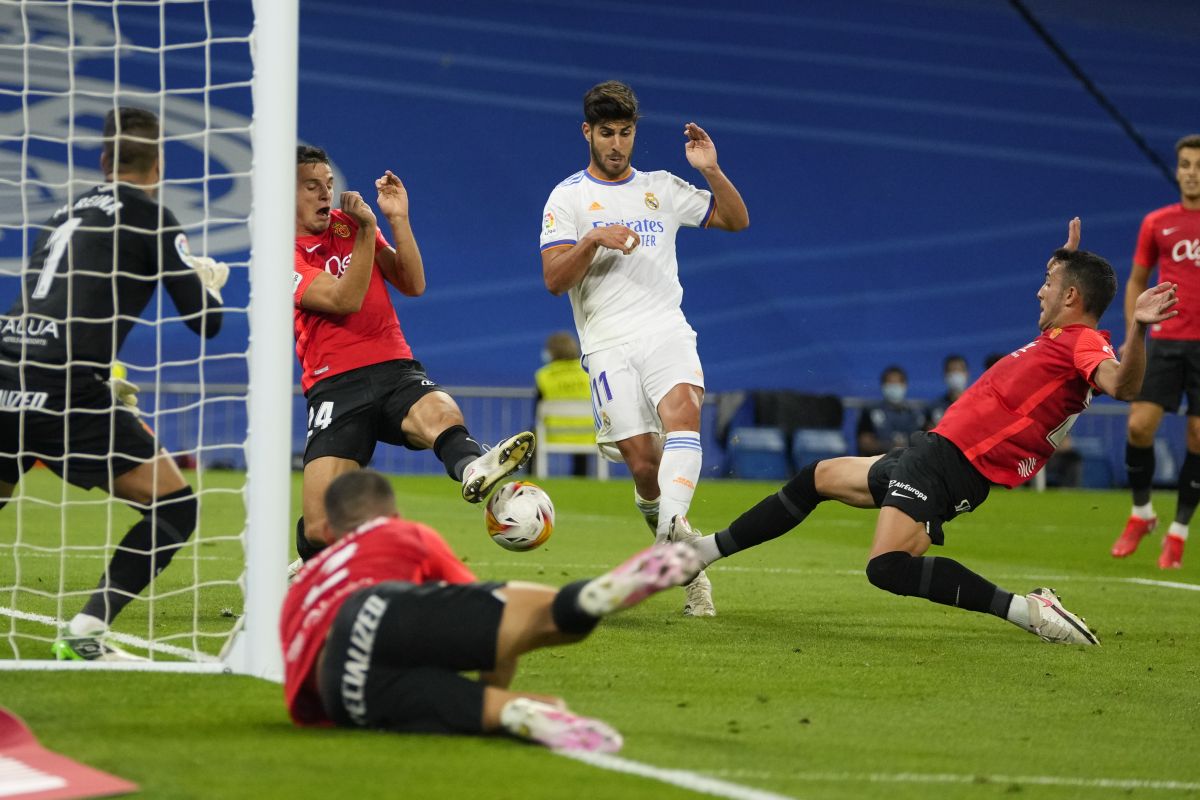 Benzema opened the scoring in the third minute and Asensio netted versus his old club in the 24th. However, the visitors pulled one back moments later with an outstanding individual run and finish by forward Kang-In Lee from an United States youngster Matthew Hoppe.

Asensio promptly restored Real’s two-goal advantage before the break before completing his first hat-trick at club level early in the second half with an emphatic finish, whipping the ball into the bottom corner from outside the area.

Benzema scored for the second time in the 78th minute to make it 200 LaLiga goals for the Frenchman and Isco completed the rout six minutes from time.

Ancelotti’s side have also scored more goals after six matches than any LaLiga team since Barcelona in the 2013-14 season while Real have not scored as many goals after six games since the 1987-88 campaign.

Starting as midfielder instead of in his traditional forward role, Asensio made a real impression on Ancelotti in his first start of the campaign.

“I’m really happy, today I had the chance to start, I knew I had to make the most of it, I’ve worked hard for this moment and very happy with the win, with the goals and to keep this team dynamic going,” Asensio stated after the match.

The ex-Mallorca man added: “It was a special game for me, it’s a club I have a lot of affection for, where I grew up, they’ve started the season well and I hope the rest goes well.”

Ancelotti was pleased with Asensio’s performance, saying: “He did really well, it’s true that putting him in that position is where he can hurt the opposing team, between the lines he has a lot of quality, he shoots well, he combines well with the forwards.

“He did well and let’s hope he can score three goals next week too.”

On Asensio’s new position, Ancelotti added: “[He showed] that he can play in this position, it’s a position where he can do lot of damage, it’s between the lines, it isn’t out wide, getting the ball there with the shot he has is dangerous for the opponents.”

On Benzema’s night, Ancelotti said: “Of course right now Karim is really good, thinking he’s scored eight goals can make you forget he’s playing really well for the team, with the ball, assists for others, he’s a forward who doesn’t just score goals, he’s complete in every sense.

“When he’s tired we can bring on [Luka] Jovic who’s playing well. Jovic has difficult competition, but he’s doing well, he had chances today, he did well in Valencia when he played.” Real top the standings on 16 points from six games, two ahead of second-placed Atletico Madrid.