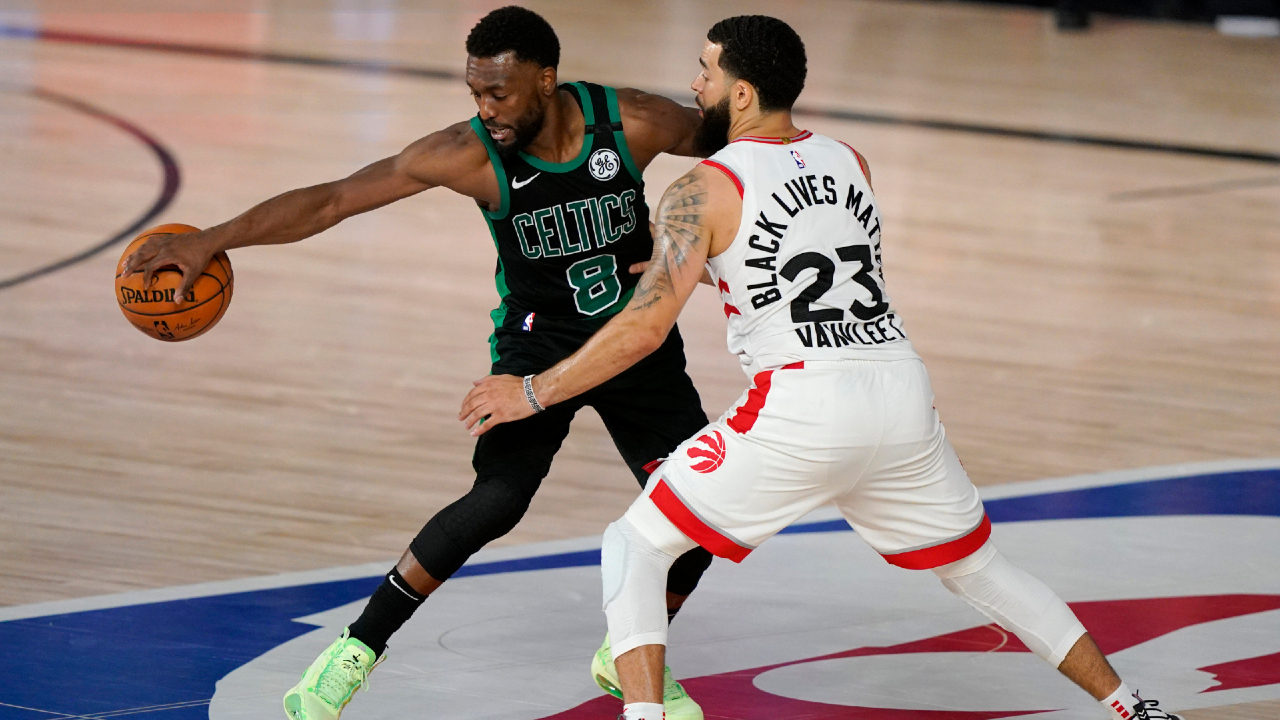 The Toronto Raptors had packed with a plan of being in Florida for four months. They’re now just two losses away from leaving the NBA bubble.

The defending NBA champions let Tuesday’s game slip away in a woeful fourth quarter Tuesday, and now trail the Boston Celtics — a team that has had the Raptors’ number all season long — 2-0 in their best-of-seven Eastern Conference semifinals.

Jayson Tatum scored 34 points while Marcus Smart made five three-pointers in a sizzling three-minute stretch to start the fourth quarter, and the Celtics edged the Raptors 102-99. The Raptors at least can draw on experience. They trailed Milwaukee 2-0 in the conference finals last season before winning four consecutive to book their spot in the Finals — although last year’s Finals MVP Kawhi Leonard was in the lineup.

“We’re pretty pissed right now we’re down 0-2, but we have to go back and look at the film and understand what we’ve done wrong and what we can do better,” stated Kyle Lowry, who had 16 points on the night.

“This is not a situation we’d like to be in but it’s not a normal situation in the playoffs where we lost two home games. We just lost two games.”

OG Anunoby scored a post-season career-high 20 points for the Raptors, who went 11-0 against other opponents in the NBA’s restart at Walt Disney World, but have now lost three in a row to Boston and are 1-5 versus the Celtics this season. Fred VanVleet added 19 points, while Serge Ibaka and Pascal Siakam had 17 points apiece.

After the Celtics led wire to wire to clobber Toronto 112-94 in Game 1, the Raptors came out with superior energy Tuesday and Marc Gasol’s basket to put Toronto up just 47 seconds in marked the Raptors’ first lead versus Boston in nearly 97 minutes over their two previous games.

The lead changed hands 16 times before the Raptors finally put some separation on Boston in the third quarter, and then with 2:46 left of the frame, Nurse won a big challenge on a call after Smart sideswiped Siakam. Siakam’s free throw after the call reversal capped an 11-0 Raptors run and put them up by 12.

Denis Shapovalov gets Canada off to winning start at U.S. Open

Juventus in talks over Suarez transfer