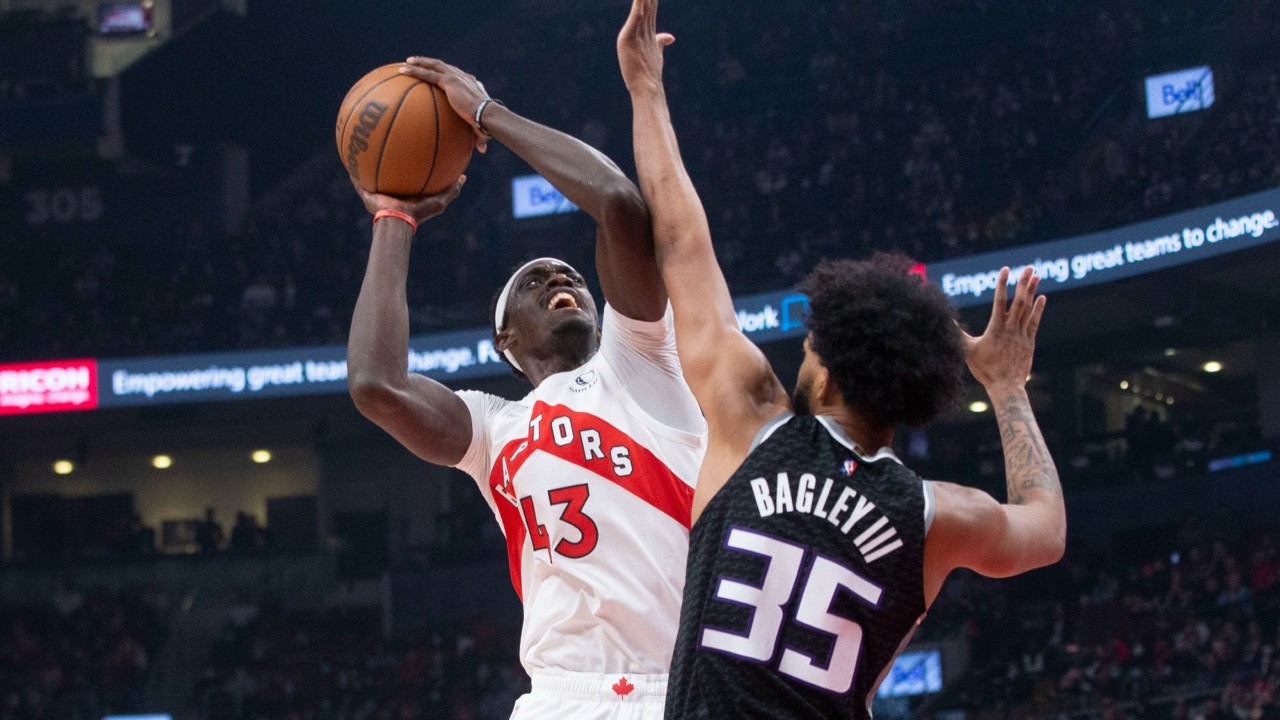 The Toronto Raptors capped off a seven-game homestand with their fourth victory and three season highs on Monday.

Chris Boucher scored 17 as the Raptors poured in a season-high 70 points in the first half to cruise to a 124-101 win versus the Sacramento Kings before 19,463 at Scotiabank Arena.

Not only did their 70-point opening half surpass the 67 they scored in the second half versus the Memphis Grizzlies on Nov. 24, but the Raptors also set season highs in bench points with 53 and team assists at 28. The previous highs in those categories were 38 bench points in Golden State on Nov. 21 and 27 assists, a mark hit twice this fall.

“That was a good one,” Raptors guard Fred VanVleet said. “You probably get a couple of those a year. It seemed like we have seen a lot of those in the past, but we’ll take what we can get.

“I thought we came out with a professional approach, set the tone early, and we were just able to control it from there. But everybody who stepped on the floor tonight contributed in a major way.”

Four players off the bench also hit double figures with Malachi Flynn checking in for 14 points, followed by Yuta Watanabe with 12, Shi Mykhailiuk at 11 and Justin Champagne at 10.

Da’Aaron Fox scored a game-high 29 points for the Kings (11-17), who have dropped five of their last eight matches. Veteran Kings head coach Alvin Gentry described his team’s performance as “embarrassing.”

“When they play with that much pace and energy, they were just everywhere,” Raptors coach Nick Nurse said. “They were cutting really hard on offence. They were jarring the ball away, running hard.

“All five of them were just bringing tremendous energy, and that’s kinda what they have to do, and when they do it, they can do a really good job out three.

“That was a heckuva run they put up and a great job by the bench. Nine guys in double figures, that’s pretty cool.”

The Raptors lost Canadian Dalano Banton for the second half with what the team described as a non-COVID-related illness. He will not travel with the team to visit the Brooklyn Nets on Tuesday.

The Raptors found out earlier Monday that their home game versus the Chicago Bulls on Thursday was postponed. Ten Chicago players and some staff were placed in the league’s COVID-19 health and safety protocols.