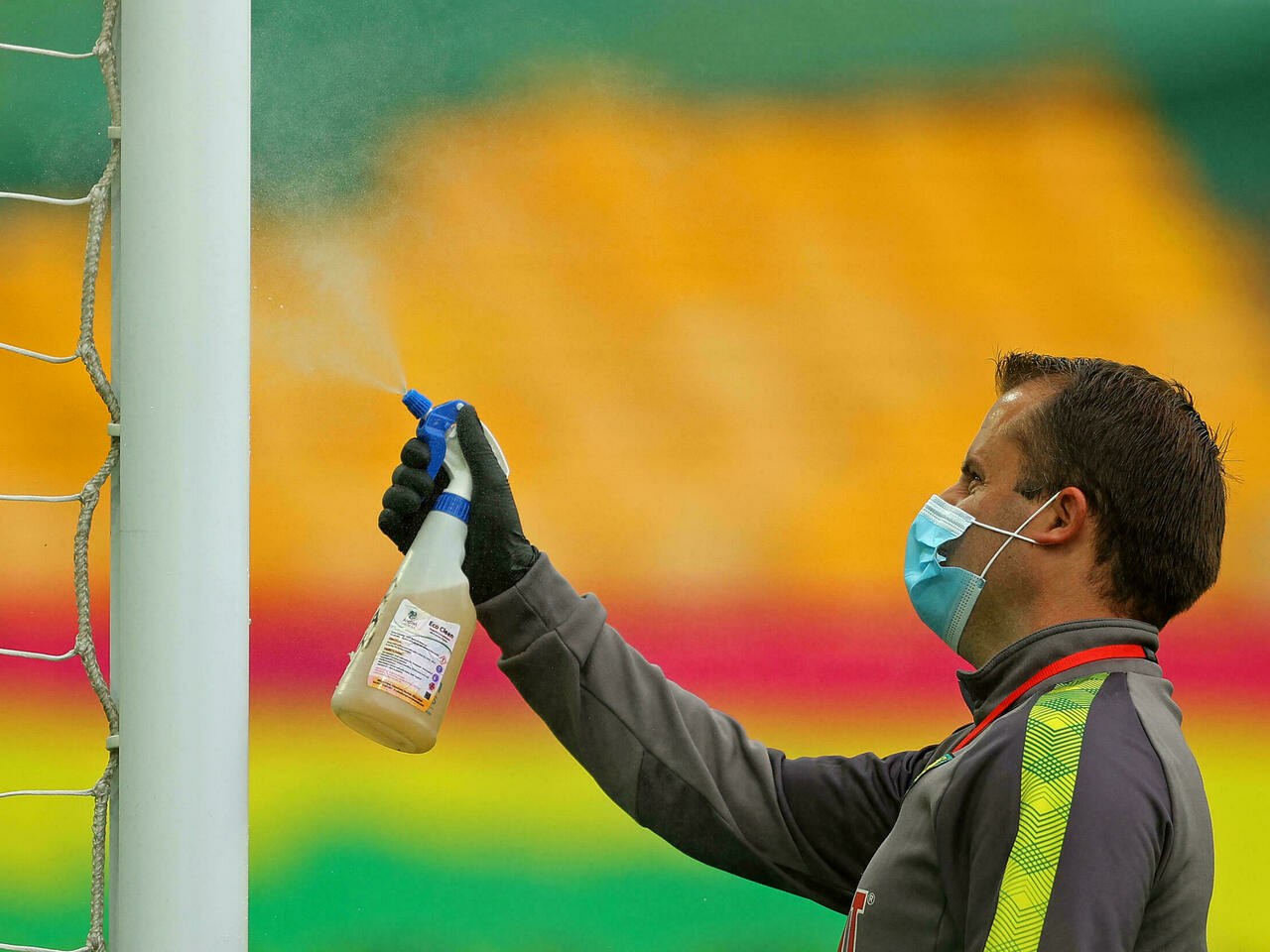 The Premier League continued to be hit by COVID-19 Omicron variant surges in the United Kingdom on Thursday, with six games postponed, including that day’s Leicester City vs. Tottenham Hotspur clash and Saturday’s Manchester United vs. Brighton encounter.

The league later added that four additional weekend matches — Southampton vs. Brentford, Watford vs. Crystal Palace, West Ham United vs. Norwich City, and Everton vs. Leicester — would also be postponed. The announcements mean that nine league fixtures have been called off this month.

Liverpool’s Thursday game versus Newcastle United went ahead, but the Anfield club announced that Fabinho, Curtis Jones and Virgil van Dijk would miss the match after suspected positive tests. And Chelsea played Everton without Romelu Lukaku, Timo Werner and Callum Hudson-Odoi, all absent with COVID.

In a statement relased Thursday, the league said it “understands fans will be disappointed these games have had to be postponed and apologizes for the inconvenience and disruption caused. All other fixtures due to be played this weekend are currently scheduled to proceed as planned.”

Health authorities in the U.K. reported 88,376 new cases on Thursday, and 146 deaths within 28 days of a positive test were also reported.

The Premier League had already tightened guidelines at training grounds and increased demands for proof of vaccination or a negative lateral flow test for matchday fans at stadiums, but earlier this week, English football’s top-flight was privately vowing to stick to the existing schedule as closely as possible.

“The health of players and staff is our priority. Given the number of players and support staff having to isolate due to COVID-19, the club had no option other than to request the match be rearranged. The Premier League Board took the decision to postpone based on guidance from medical advisors,” a club statement read.

“We will also suspend football training operations at the Carrington Training Complex for a short period to help reduce risk of further transmission. We regret any disappointment and inconvenience caused to fans by the postponement.”

Spurs had seen their previous two fixtures called off — a UEFA Conference League tie against Stade Rennais and last weekend’s league game versus Brighton — after closing their training ground in a bid to control an outbreak which affected at least 15 players and staff. They had also had a November match vs. Burnley postponed due to snow.

With four total games now delayed after Thursday’s announcement, Spurs are facing a major fixture headache. They are likely to be knocked out of the Europa Conference League as they struggle to find a date to replay the Rennes fixture before UEFA’s deadline of Dec. 31. Ironically, Spurs had asked the Premier League to postpone the Thursday match versus Leicester so they could play Rennes instead, but now they have no game at all.

Spurs boss Antonio Conte said on Wednesday they had 16 senior players available to train after all first-team areas of the club’s training base reopened on Tuesday.

Speaking in a news conference on Wednesday, Conte said: “For sure, the Premier League didn’t want to postponed the game against Leicester, maybe because we have to play against Burnley and Brighton. We postponed two games before. I can understand, we can understand.

“On the other hand, I think we deserve to play our chance against Rennes to go to the next group. We don’t find a good solution between UEFA and Premier League, why Tottenham has to pay for this? It’s not fair we have to pay for a situation that isn’t our fault?

“I understand if we did something wrong but in this way, for the club, the players, the staff, it’s very difficult to understand what’s happening.”

Leicester boss Brendan Rodgers confirmed on Wednesday that nine players were absent due to a mixture of coronavirus cases and injury. Sources have told ESPN that picture deteriorated on Thursday, leading to the game’s postponement against Spurs around seven hours before kickoff. Brighton boss Graham Potter confirmed after Wednesday’s 1-0 defeat to Wolves that his club had asked for that match to be called off due to COVID-related absences but that the request was denied.