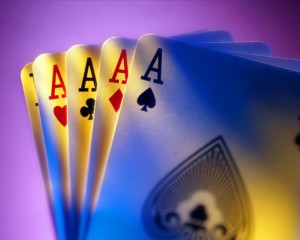 Check Regal Poker for Latest Poker News, tips and more.
Daniel Negreanu and renowned poker tournament director Jack McClelland are the newest members of the Poker Hall of Fame.
Last month the list of 10 nominees for the 2014 Poker Hall of Fame was released by the World Series of Poker, and now after the 21 living Hall of Fame members and a 20-member media panel have cast their votes, two finalists have been chosen
The pair have become the 47th and 48th poker people to receive the prestigious nomination, and will be inducted at a ceremony on November 9th at Binion’s Horseshoe, the original home of the World Series of Poker (WSOP), prior to the conclusion of this year’s Main Event.
Regal Poker is the Poker Online website, visit us and check out our promotions we offer you the best online poker bonus.
McClelland and Negreanu will be inducted officially on Sunday, Nov. 9 at 7:30 pm at Binion’s Gambling Hall, the birthplace of poker in Las Vegas. The 2014WSOP main event final table begins on Nov. 10.
The Canadian-born Negreanu moved to Las Vegas when he was 22 and has never looked back. Negreanu is poker’s all-time winningest player, with nearly $30 million in lifetime tournament earnings. The Team PokerStars Pro has six WSOP gold bracelets and two WPTtitles.
Jack McClelland, 63, was once a semi-professional bowler and poker dealer. He moved out to Las Vegas to help his ailing mother and ended up directing tournaments at the WSOP in the 80’s and running the Bellagio poker room from 2002 to 2013. He was extremely influential during the height of the poker boom. McClelland retired at the end of last year.
Looking for best online poker game website? Follow us and check out our promotions we offer you  the best online poker bonus.
Fan Favorite
Negreanu was a popular choice: a perennial fan favorite, the Canadian has had an extraordinary 2014, cashing in an amazing nine events at the WSOP, including that second-place in the Big One for One Drop, which netted him $8 million. That result made him the biggest live tournament winner of all time, with more than $30 million to his name.
With his indefatigable and garrulous good humor, few people have done more to popularize the game of poker and paint it in a positive light through the media. This was Negreanu’s first nomination for the Hall of Fame, having only just turned 40, a nomination requirement.
Tournament Director to the Stars
McClelland, meanwhile, is one of poker’s legendary hosts and tournament directors. He presided over the World Series of Poker in 1984, and from there he devoted himself to spreading tournament poker across the world. Retiring in 2013, he spent the last 11 years of his professional years as TD at the Bellagio in Las Vegas, where he helped launch some of the early events of the World Poker Tour (WPT).
Get all the latest PokerNews updates on your social media outlets. Follow us on Twitter and find us on both Facebook and Google+!

Poker Strategy How to play poker