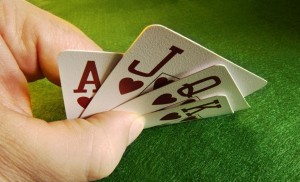 Check Regal Poker for Latest Poker News, tips and more.
Coffee housing is a way of using speech or verbal statements and tones to mislead the other player. When playing with a small or weak hand, a player might say something like “I would like to see someone beat this hand”. A sentence of this sort can mislead the other players into thinking that the hand is stronger than it actually is, thus folding or betting lower than they normally would.
Anything you do to distract is called “coffee-housing,” and it’s against the rules. But there’s a lot of gray area. It’s illegal to talk during a game unless it’s something like asking the score. This is also called speech play.
Regal Poker is the best online poker game website, visit us and check out our promotions we offer you the best online poker bonus.
Example: I was pretending to be disinterested in the hand and even pretended I didn’t know it was my turn when it came to me. I said, “Oh, is it my turn?” Little did they know I was coffee housing and I had pocket kings.
Coffee housing is more common to send the opposing players the other way. It is more common to hear players say words like “This is going to be the craziest move of my life,” just before they place a bet. The statement is an intentional statement to make the opposing player believe that the player placing the bet is betting despite have a weaker hand. This sort of practice encourages other players to continue playing and probably even bet higher amounts, leading to a loss in the end.
Also known as speech play, coffee housing is not considered an ethical form of play in places like the United Kingdom however, its use is much more prevalent in countries like USA where the audiences also have a liking for the theatrical.
Many beginner and professional players lose money because of coffee housing; they give up too much information or get distracted from play.
Get all the latest PokerNews updates on your social media outlets. Follow us on Twitter and find us on both Facebook and Google+!