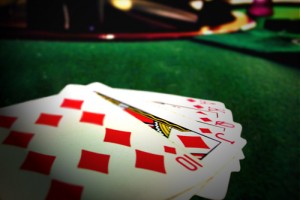 Check Regal Poker for Latest Poker News, tips and more .
Do you speak as good as you play? Speak poker like a pro!
What are Bounty Poker Tournaments?
A bounty is a less used, but still quite popular feature that is prevalent in many poker tournaments around the world.
In some tournaments there is an additional prize for knocking a player out of the tournament. This is referred to as a “bounty” or “bounty tournaments”. Some tourneys have a bounty on each player, and sometimes only on a specific player, such as last weeks tournament winner or pre-selected poker pros in the field.
Regal Poker is the best online poker game website, visit us and check out our promotions we offer you the best online poker bonus.
The reward for players on live or online poker tournaments is almost always in the form of a cash award rather than any chips or tournament currency. Despite being rare in professional tournaments, they have been known to occur at times even in professional tournaments. Bounties are more common in charitable tournaments as well as in local level events.
To enter a bounty tournament, the buy-in structure may vary and at times, it requires each player to pay their own bounty chip or token amount in addition to the normal buy-in. The bounty chip is carried by the player until and unless s/he is eliminated. Upon elimination, the chip is handed over to the person who eliminated them.
At the end of the tournament, each player can cash in all the bounty chips that they have won. The amount is equal to what each player paid for her/his bounty chip. The winner of the tournament is also allowed to cash in their own bounty chip at the end.
In some tournaments, only some players may have a bounty on their heads however this is decided before the tournament starts and is rarely ever random. The players with bounties have pre-arrangements with the organizing committees as a random allocation of the bounty rule will just make things difficult for the unprepared players.
Get all the latest PokerNews updates on your social media outlets. Follow us on Twitter and find us on both Facebook and Google+!

The World Poker Tour, has added five additional events to the Main Tour for 2015.