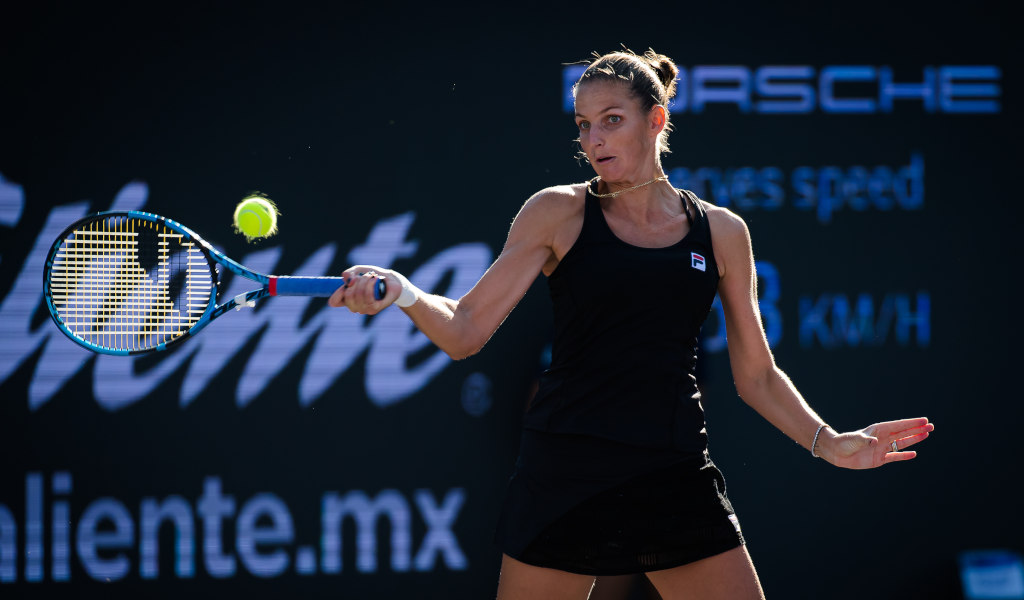 World No.4 Karolina Pliskova has withdrawn from the whole of next month’s Australian swing after injuring her hand in practice.

“Unfortunately I hurt my right hand in practice yesterday and I won’t be able to play in Adelaide, Sydney and Australian Open this year,” she said in a statement. “I am sad not being able to start my season in Australia and I will miss my Australian fans very much.”

On her own social media, Pliskova posted a picture of herself with her right arm in a cast.

“Some days are worse than others,” she wrote. “Unfortunately I will be out for a while and will not compete at my favorite tournaments in Australia. But time and belief can heal everything.”

Pliskova’s streak of competing in 35 straight Grand Slam main draws dating back to the 2013 Australian Open will come to an end.

It had been the joint-fourth active streak on tour, following Alizé Cornet (59), Angelique Kerber (48), Kristina Mladenovic (38) and joint with Caroline Garcia (35). The all-time record is Ai Sugiyama’s 62 consecutive Grand Slam main draws between Wimbledon 1994 and the US Open 2009.

Indeed, this marks the first time Pliskova, 30, has missed a Grand Slam main draw due to injury.

The last time she did not feature in one was at the 2012 US Open, where she fell in qualifying to Donna Vekic.

Two-time major finalist Pliskova’s best result at the Australian Open to date is a semifinal showing in 2019, when she beated Serena Williams in the quarterfinals before falling to eventual champion Naomi Osaka. She was also a quarterfinalist in 2017 and 2018, but lost in the third round this year to compatriot Karolina Muchova.

Australia has otherwise been a happy hunting ground for Pliskova. She is a three-time Brisbane champion (2017, 2019 and 2020) as well as the 2015 Sydney runner-up to Petra Kvitova – her first final at WTA 500 level.