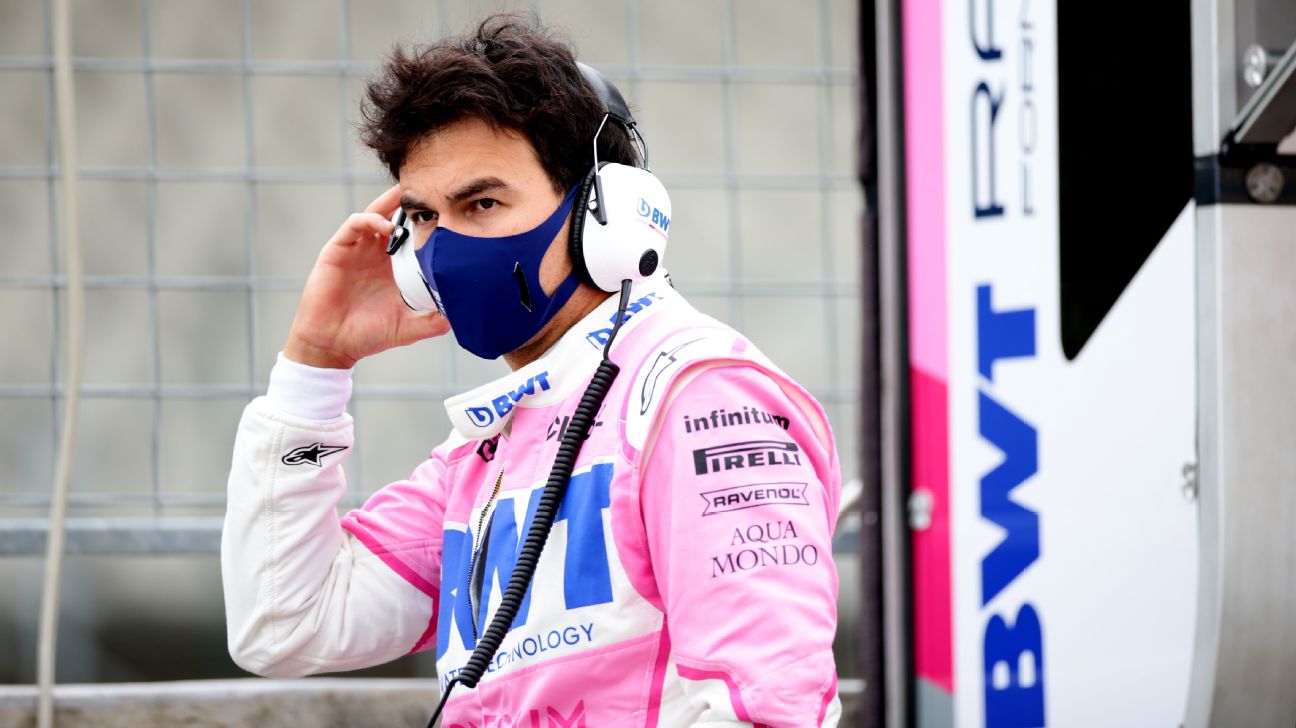 Sergio Perez will return to Formula One duty for the Racing Point team at the Spanish Grand Prix after testing negative for COVID-19.

The Mexican driver missed the two weeks of racing at Silverstone after a positive test ahead of the British Grand Prix. He was substituted by Nico Hulkenberg at that event, with the German driver filling in a second time for the 70th Anniversary Grand Prix when Perez tested positive again.

“I’ve definitely missed racing and it was hard to watch from the outside,” Perez said Wednesday before learning the results of his negative test, according to the F1 website. “I can’t wait to get on track.

“I’m very lucky that I’ve only had mild symptoms, so I’ve been able to keep training and make sure that I’m ready to jump back behind the wheel of the car. I’m very glad I had my tablet to keep me entertained too, though.”

On Thursday, Racing Point confirmed that Perez has tested negative and will be back in the car for the race at the Circuit de Catalunya on Aug. 16.

As with every event so far this year, the race is being held under strict coronavirus safety protocols and without spectators in presence.

Racing Point welcomes Perez back in the midst of an off-track row with some F1 rivals. After a Renault protest of Racing Point’s car, the FIA deemed its brake ducts to be too similar to those of Mercedes’ 2019 title-winning car.

The team was docked 15 points and fined $470,000. Racing Point has protested the verdict, but Ferrari and Renault have appealed the verdict in the hope of the team being given harsher sanctions.

No other F1 drivers have tested positive for COVID-19 after the first five races of the season.