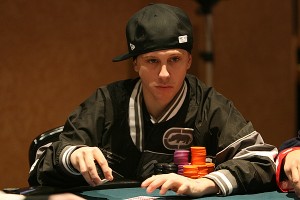 Check Regal Poker for Latest Poker News, poker strategy tips and more.
(pokernews.com)- On Thursday, the poker world lost one of its own when Chad “lilholdem954” Batista passed away.
Batista, born in 1981, passed unexpectedly and his family issued the following statement:
“It is with the deepest sadness that we announce the sudden passing of our beloved son, nephew, cousin, brother and friend, Chad ‘lilholdem954’ Batista. Chad died suddenly this beautiful Thursday afternoon with his family surrounding him. We ask that our privacy be respected at this difficult time and we thank you for your prayers.”
Batista, who also went by the moniker “M8kingmoves,” was once one of online poker’s most prolific players. From August 22, 2007 to July 2, 2008, he was the No. 1-ranked tournament player atPocketFives.com.
At Regal Poker you will find the best articles about how to play poker, visit us and check out
As PokerNews’ own Brett Collson once wrote in The Sunday Briefing:
Back in the ‘early days’ of online poker, Chad ‘lilholdem954’ Batista was one of the most feared and successful tournament players in the world. He won major event after major event, while attracting fans (and detractors) with his brash and aggressive behavior on the virtual felt. Batista’s stardom faded after Black Friday, but his online moniker is one we’ll certainly never forget. ”
In 2013, Batista moved to Mexico to resume his poker career, and quickly found success by chopping the PokerStars Sunday 2nd Chance for more than $25,000. He followed that up by taking third in the $2,100 buy-in PokerStars World Championship of Online Poker for $264,408, his largest online tournament score.
In the live realm, Batista amassed $952,496 in live tournament earnings, of which $293,798 were World Series of Poker earnings. The biggest live cash of Batista’s career came back in 2006 when he won the WSOP Circuit Caesars Indiana $5,000 Championship Event for $262,002 and a gold ring.
Other highlights on Batista’s résumé include runner-up in Bicycle Casino’s 2014 Mega Millions Series VIII $130 No-Limit Hold’em – an event that attracted a massive 4,732 entrants – for $165,845 (though rumor has it he had struck deal that saw him pocket the most money); fifth in a 2007 WSOP $1,000 No-Limit Hold’em Event for $129,064; and third in the 2008 Bellagio Cup IV for $122,570.
“What I loved about Chad is although it was clear he had his demons, he was 100% real,” Mike Murray, a friend of Batista’s, told PokerNews. “You always got him for face value and the last few months were no different. When I saw him this summer it was clear he needed some help, but he was the same person I will always remember. He loved his dogs (Bluffy and Gamble), and being with friends. It’s always sad when someone dies young, but especially harder when that person had so much potential.
Don’t miss our special articles about Texas Hold’em and blackjack, become the best player that you can be! Get all the latest PokerNews updates on your social media outlets. Follow us on Twitter and find us on both Facebook and Google+!

How To Play Pocket Pairs

How Does PokerStove Work?